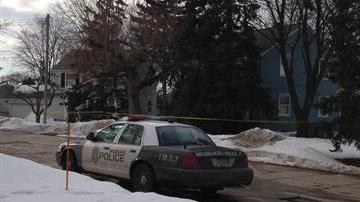 MILWAUKEE - Shock and sadness surrounded a Southwest side neighborhood on Sunday after learning that a baby had died. Police were called to a home on Eden Court near 75th and Morgan for a welfare check of the people inside. Police found an unresponsive 14 month old baby boy and his 36 year old mother semiconscious after apparently attempting to overdose on pills. Paramedics were able to revive the mother, but the baby was pronounced dead at the scene. The mother was then taken into custody. Neighbors say the mother was a nurse in town. The father apparently lived in the home with the mother and baby up until about a week and a half ago. The Medical Examiner is investigating and is expected to have a cause of the baby's death in the next few days.