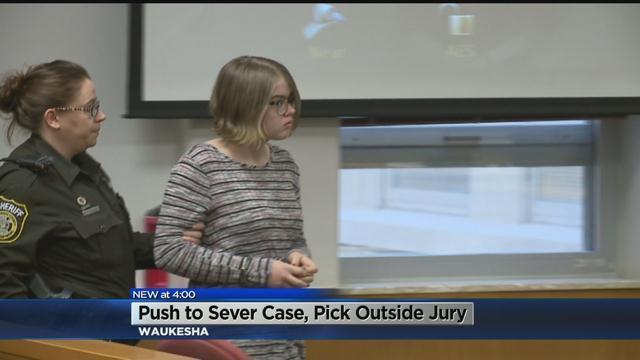 Attorneys are still trying to get separate trials for the two Waukesha girls charged with stabbing their classmate to appease a fictional character called Slender Man.

This was the latest in a series of hearings now more than two and a half years after the attack.

The entire proceeding lasted for about half an hour with Morgan Geyser appearing in person and Anissa Weier appearing through a video feed from West Bend.

That is when a judge would decide if there is enough evidence to require a trial.

Both attorneys also asked for the cases to be severed. This would mean the trials would be held separately.

The attorney for Weier asked for a potential jury to be picked from a different county. However,  the trial would still happen in Waukesha.

Both girls are set to appear back here in court next month.