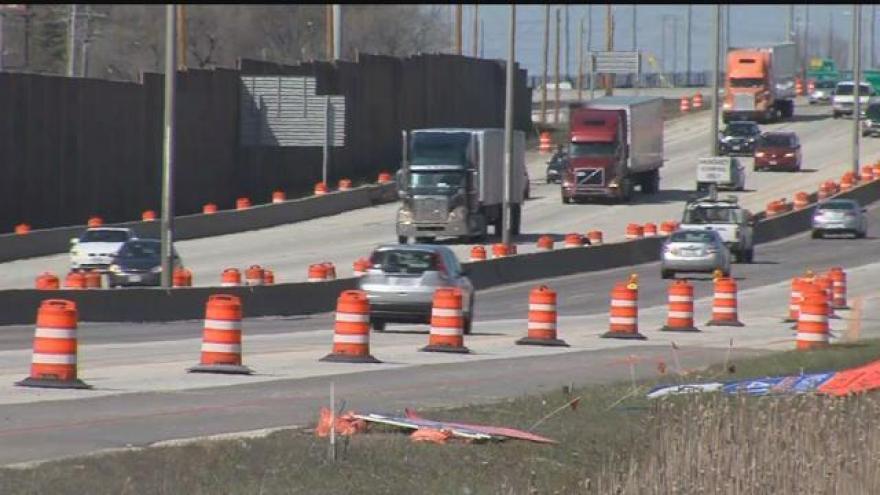 MADISON, Wis. (AP) — An Assembly Republican alternative to Gov. Scott Walker's funding plan for roads may include a new sales tax on gasoline along with cuts to income taxes as part of an overreaching tax overhaul, a different approach to what other GOP leaders have advocated.

State Rep. Dale Kooyenga has been working on the Assembly GOP alternative plan and was expected to release it publicly as soon as Thursday. Kooyenga declined to comment Tuesday.

Republican leaders, including Walker, said they're withholding judgment until they see the final version of the plan that remains in flux. Walker told reporters Tuesday that he had talked with Kooyenga about the proposal.
"It has changed several times since that briefing, so until we see the entire document, it's hard to know what's in, or what's out," said Walker.

And Republican Senate Majority Leader Scott Fitzgerald said parts of Kooyenga's plan could be a "heavy lift," but declined to say which parts or comment on it in detail.

"I like it when legislators think outside the box so I'm not going to be critical of anything the Assembly is working on," Fitzgerald said.

Walker has promised to veto any gas tax increase and is opposed to raising vehicle registration fees. Kooyenga is considering calling for cutting the gas tax between 4 cents and 5 cents and instead applying the state's 5 percent sales tax on gasoline, the Journal Sentinel reported. His tentative plan would also cut income taxes to move toward a 4 percent flat tax and reduce new borrowing for roads from the $500 million Walker proposed to closer to $300 million, the newspaper said.

Other potential parts of his plan could include reducing the state minimum markup on gas prices from the current 9.18 percent to closer to 3 percent, cutting about 200 Department of Transportation engineers and applying to the federal government for permission to place tolls on some state highways.

Democratic state Rep. Gordon Hintz, a member of the Legislature's budget committee along with Kooyenga, said he hadn't seen details of Kooyenga's plan first-hand, but that it appeared to be overly complicated and threatens funding for everything from prisons to K-12 schools.

"How do you get from such a simple challenge to something that impacts far more than transportation?" he said.

Walker proposed in his budget borrowing half a billion dollars and delaying projects to deal with a projected $1 billion shortfall, an approach that drew widespread, bipartisan opposition. Since Walker released his plan in February, he and Fitzgerald have publicly said they favor taking money from the state's main account to pay for roads as part of a solution.

"I feel pretty good about where we're at on transportation," Fitzgerald told reporters. But he declined to comment on what Kooyenga was discussing because he hadn't seen a final version and it could still change.