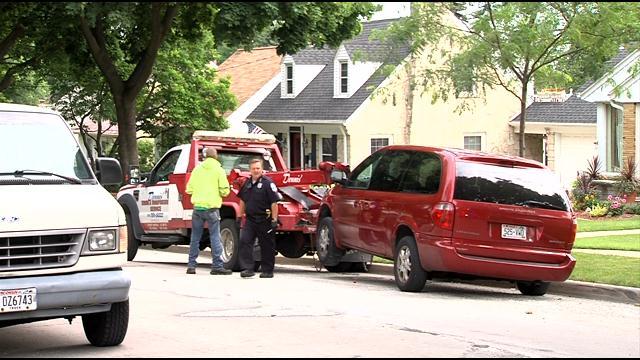 An armed robbery in Brookfield led to a car chase through three communities and ended in a crash.

Police say three suspects inside a red van tried to rob someone in a grocery store parking lot. Officers believe the same suspects are also responsible for a stolen purse at a nearby gas station.

Police first spotted the van at 124th and Capitol where the chase began.

The driver of the van hit a curb and busted a tire near 74th and Beckett while trying to flee police. When the crash occurred two suspects where taken into custody but one suspect fled the vehicle.

A foot chase pursued for approximately four blocks where the third suspect was taken into custody.

All three suspects are being held at the Waukesha County Jail.