Archbishop Listecki talks about the pope's visit to America 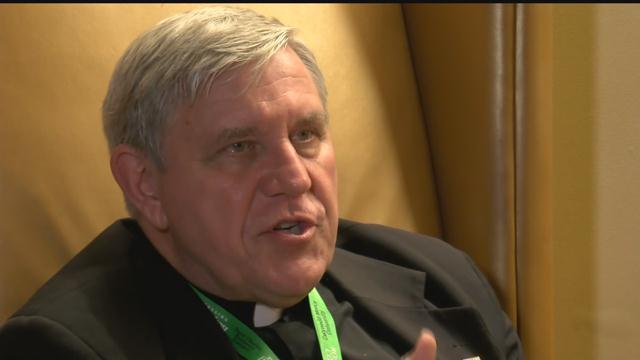 Philadelphia is getting closer and closer to being officially ready for the pope.
Tonight, roads will start closing down and excitement will pick up.

"All throughout the City of Philadelphia, it's pope talk, it's pope concern. It's a real... in one sense a real Catholic fest."

"It's a very spiritual thing for me right now... I'm so devoted to him," said Evelyn Ward.

As the week-long prayer and celebration called the World Meeting of Families approaches its final day in Philadelphia...

"Here come Francis, he's got a great smile, he's got a love for the church, a dedication to the poor and people see that immediately," said Milwaukee Archbishop Jerome Listecki.

Main streets, highways and bridges will be shut down to set up a secure area for the pope.

"It's a city of a million and a half people and it's going to be shut off essentially in the middle of the city and people won't be able to move around," said Michael Ward, a native Philadelphian.

It's more than worth it for Philadelphia native Laurie Giangreco: even if it's just for one glimpse.

"People do get very emotional and I'm sure I will too even if I just see that little white cap going past. I'm sure i'll burst into tears," she said.

Archbishop Listecki says for the many messages the pope has already delivered while in the United States, he had several for the bishops in the country during Wednesday's meeting in Washington, D.C.

"At St. Matthews he was very supportive but challenging. He wanted us to be the shepherds of the truest sense.. Use Jesus as the great highlight for us," said Listecki.

Hundreds of thousands are expected to come into Philadelphia over the next few days, including groups from Milwaukee.
We'll catch up with them Friday and over the weekend as the pope holds public events here.