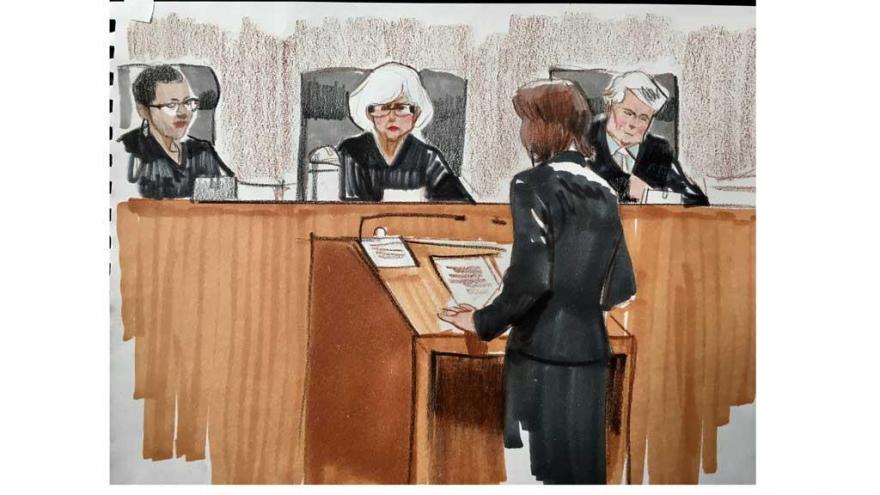 Did investigators promise leniency if Brendan Dassey confessed to the murder of Teresa Halbach back in 2005.

It was at the center of hearing in Chicago Tuesday now that Dassey's conviction has been overturned.

The judges asked details from the state on the motivation of questions from police to a then 16 year old Dassey who has a low IQ.

At issue is if he understood the phrase "the truth shall set you free" was being used as a saying and not a promise that he would be released if he confessed.

CBS 58 will have legal expert Alex Flynn in studio live on the news at 4 to talk about the latest developments and potential impact on justice system in Wisconsin.

Court recordings can be heard at this link.

The judges questioned the state of Wisconsin about Dassey's suggestibility.

The state argued it was an "entirely appropriate interview tactic."

ORIGINAL: CHICAGO (AP) — A federal appeals court will consider the fate of a Wisconsin inmate featured in the Netflix series "Making a Murderer."

Brendan Dassey was sentenced to life in prison in 2007 in the death of photographer Teresa Halbach two years earlier. Dassey told detectives he helped his uncle, Steven Avery, rape and kill Halbach in the Avery family's Manitowoc County salvage yard.

A federal magistrate judge overturned Dassey's conviction in August. He ruled that investigators took advantage of Dassey's youth — he was 16 at the time — and cognitive problems to coerce his confession.

The state of Wisconsin argues that detectives did nothing wrong.

Dassey, now 27, has remained in prison pending the appeal.

Avery was sentenced to life in prison in a separate trial. He's pursuing his own appeal.