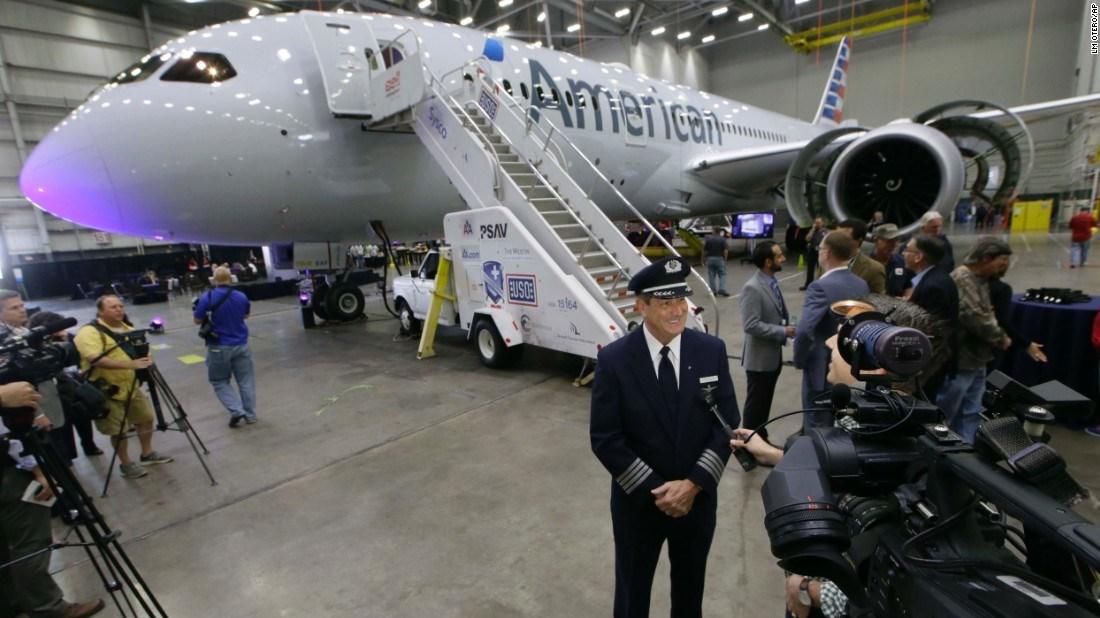 American will begin temporary domestic flights between its Dallas headquarters and Chicago O'Hare International Airport on May 7 before launching regular international 787 service in June.

But in the latest in a series of problems that have swirled around the next-generation aircraft, federal aviation officials have ordered a temporary fix related to the 787 aircraft's power supply to address potential safety concerns.

Boeing, the manufacturer of the 787 Dreamliner, discovered through its own laboratory testing that 787s could lose all AC electrical power after being continuously powered for 248 days (about eight months). While Boeing noted that this problem had appeared only in laboratory testing and had not actually happened on any 787 aircraft, it's a problem that would leave an air crew unable to control a plane, according to the FAA order.

Boeing reported the discovery to the FAA, which mandated in a May 1 \"airworthiness directive\" that airlines follow through with Boeing's recommended fix: To power down each aircraft's electrical power every 120 days.

The order took effect immediately, with the federal agency finding that there was no good reason to delay the decision. The maintenance mandate was characterized as temporary, until Boeing develops software this year to resolve the problem.

Boeing informed its customers about the issue and the temporary fix on April 19, company spokesman Doug Alder Jr. told CNN.

American, which has firm orders for 42 Dreamliners, including the four aircraft already in its possession, has already integrated the fix into its maintenance program, American spokeswoman Andrea Huguely said.

\"American's maintenance program for the 787 will ensure that the aircraft will be completely powered down every 120 days until a software upgrade is developed and released by Boeing,\" she said.

Starting in June, American will end the 787 domestic flights and move the new aircraft into international service. Flights between Dallas/Fort Worth and Beijing Capital international airports will launch on June 2, and between Dallas Fort/Worth and Ministro Pistarini International Airport in Buenos Aires on June 4.

United Airlines was the first U.S. carrier to fly the Dreamliner, with 17 aircraft in its fleet and an additional 38 on order.

While the FAA's May 1 directive covers only Dreamliners flown by U.S. airlines, it's likely that the rest of the world's airlines will follow the order.

Boeing has delivered 270 Dreamliners to 31 customers, including airlines and companies that lease aircraft to airlines, Alder said. Current and new customers are waiting on 827 additional orders.

One of them is Delta Air Lines, which now has 18 Boeing 787 aircraft on order. A Delta spokeswoman said the airline will not start taking delivery of its 787s until 2020.

A series of setbacks

The FAA's power supply directive marks the latest setback for Boeing over its 787 Dreamliner, which debuted in 2011 in Asia and a year later in the United States amid much fanfare.

The American manufacturer has boasted that the Dreamliner will save airlines money on fuel because its body consists of lightweight composite materials. In addition to its larger size, the new aircraft also features passenger comforts such as bigger windows, larger overhead bins and better ventilation.

Yet the Dreamliner's development was marred by production delays and other problems. And there have been issues since the fleet rolled out, including two instances of overheating batteries on a Japan Airlines plane in Boston and an All Nippon Airways jet in Japan.

Those cases prompted the grounding of Boeing's global 787 fleet, with the FAA announcing in January 2013 that operators had to demonstrate that the batteries were safe and in compliance before any further flights would be allowed.

By April of that year, the FAA had cleared Boeing to make fixes to its battery system, paving the way for the aircraft to resume flying.

Still, problems persisted. These included reports in January 2014 of smoke on a Dreamliner at Tokyo's Narita International Airport -- an incident Boeing then said \"appears to have involved the venting of a single battery cell.\"

The National Transportation Safety Board issued a report 11 months later blaming the battery problem on the overheating from an electrical short circuit that may have been caused by manufacturing defects and insufficient oversight of the manufacturing process by both the FAA and Boeing.