MFD: Ambulance involved in accident near 6th and North, 3 hospitalized

MFD: Ambulance involved in accident near 6th and North, 3 hospitalized

MILWAUKEE (CBS 58) -- The Milwaukee Fire Department says an ambulance was involved in a crash near 6th and North Avenue Friday, Feb. 7.

Authorities say a Paratech ambulance was one of three cars involved in the crash just before 8:30 p.m.

Three people were taken to Froedtert Hospital. It is unclear if the patients were already being transported in the ambulance or if they were injured at the scene.

The ambulance flipped on its side, while the other two cars suffered heavy front-end damage. A light pole was struck and utility crews rushed to take it down.

The driver of the sedan said the ambulance did not have its siren lights on at the time of the crash. 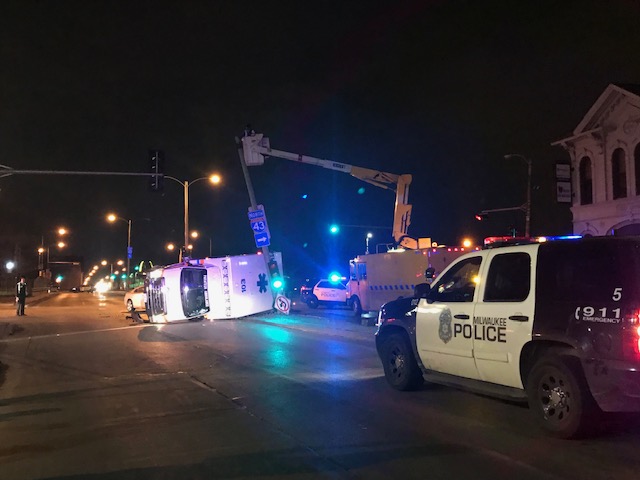