Ambulance fees going up in one community 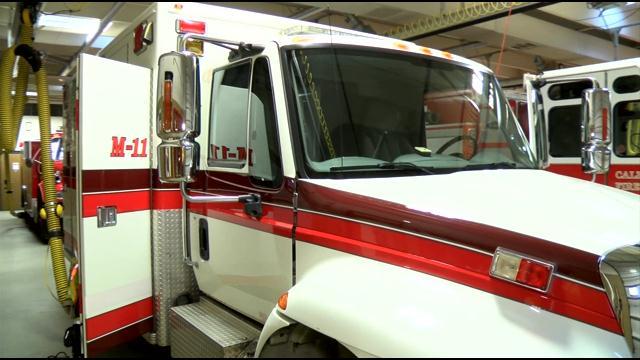 The Caledonia Fire Department responds to about 1400 calls on average every year.

\"Those numbers of calls are increasing as our population is aging”, said Fire Chief Richard Roeder.

In 2015, anyone who receives transport and care from a Caledonia Fire Department ambulance crew will see a hike between $95 and $120.

Gas mileage will also go up $5 per mile.

\"We're trying to recoup some of our costs to lighten the burden on tax payers”, said Roeder.

The fire chief says by easing up on tax payer dollars, this increase will generate $27,000 in revenue every year.

One cost that will be eliminated is life assist which is currently $105 per visit.

\"Someone falls at home, can't get up on their own or they need additional help, we show up, we pick them up, put them back”, said Roeder. “There's no injuries, no need for any type of medical care, we put them back in a place of comfort, and we move on.\"

Medical care is where it gets expensive.

Modern day equipment can cost thousands of dollars and hundreds to maintain.

One Caledonia resident who has used an ambulance before isn't crazy about the increase, but understands it needs to be done.

The Caledonia Fire Chief says the last time they increased fees was back in 2006.