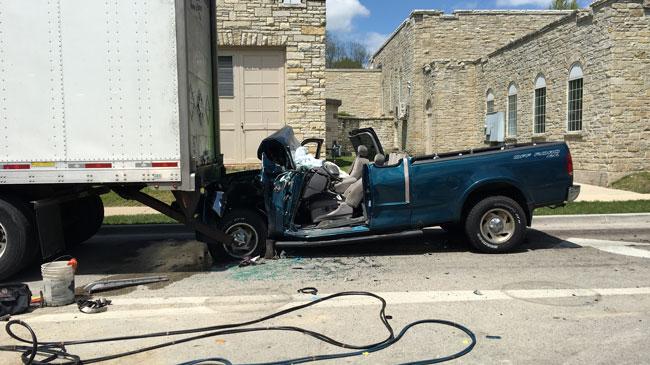 Flight for Life took the driver of a vehicle to Froedtert after the driver was pinned underneath the truck in Waukesha on Tuesdsay.

Waukesha Police received multiple 911 calls for an injury accident near the intersection of E. North St. and Madison.

According to Waukesha Police, the same vehicle observed in the original call had rear ended a commercial motor vehicle at a high rate of speed.

The reckless driver was pinned in the truck which in turn was pinned underneath the safety bars of the semi truck.

A tow truck had to be summoned to remove the pickup truck prior to the Fire Department  attempting to extricate the driver.

The driver, and sole occupant of the vehicle, was taken by ambulance to the Flight For Life Hangar where they were taken by helicopter to Froedtert with non-life threatening injuries.

The identity of the driver is not being released at this time.