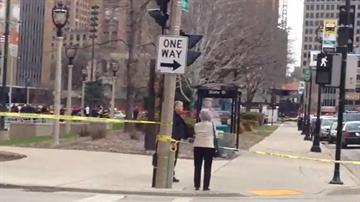 MILWAUKEE -- It's a unique chance for people to talk directly with leaders who shape these investigations.  It's also the first police-involved death since the process changed - so people need to take notice.

\"I think it's a callout to the community to act,\" Khalil Coleman said.  Coleman wants his voice heard.

\"Who gives a man a right to shoot another man ten times and what still be on desk duty?,\" Coleman said.

Coleman is referring to the Red Arrow Park shooting.  Dontre Hamilton was shot multiple times by a Milwaukee Police officer last month.  His famly says he was mentally ill.  He didn't get the help he needed - now he's dead.

\"Now it's time to get down to business and find out what the process is, how the process will be implemented and given some type of a time frame,\" City Alderman Joe Davis said.

Alderman Davis put together Thursday's forum to tackle the new state law surrounding in-custody deaths.  In the past there's been confusion about officer-involved shootings - mostly because a department investigated itself.

\"It's like me taking a test and checking my own homework,\" Coleman said.  \"If I got the answers wrong, I can fix it real quick.\"

Coleman says it's hard to get people involved and engaged.

\"The community see it again and they say, aw 'they're just talking again. I'm not coming. Or they're not listening.'\"

Davis wants people know what to expect during these investigations now.

\"[Sometimes] Things get a chance to fester and it blows up into something,\" Davis said.  \"If you would have got ahead of it and had a very fruitful dialogue people now would understand. Is it a good thing, it remains to be seen.\"