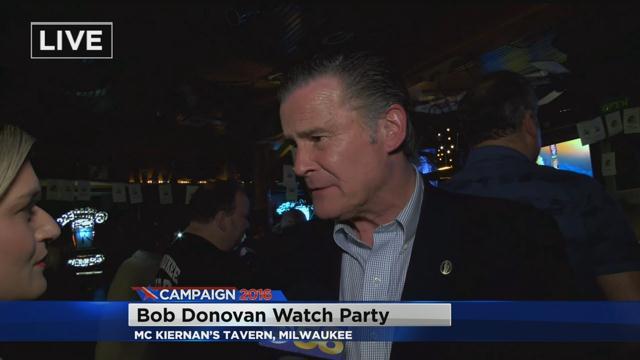 Donovan  is known for his tough stance on crime, telling us without safety, nothing positive can occur.

He says a major difference between him & Mayor Tom Barrett is that he wants to "urgently tackle" what he calls the real problems: safety, jobs, education & infrastructure. It's something he doesn't believe Mayor Barrett can accomplish.

We caught part of his concession speech live, and also did a live interview with him shortly after on our 10pm newscast.