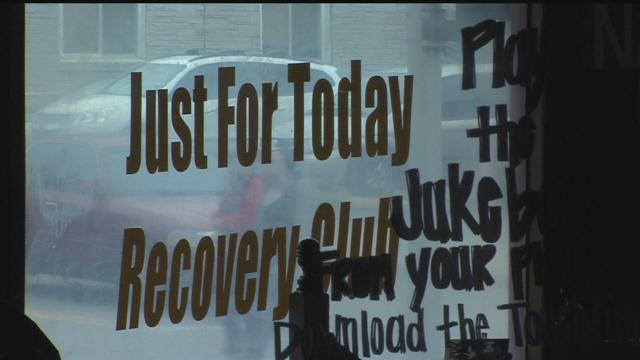 WEST ALLIS, Wis. (Oct. 29, 2015) -- A West Allis bar, with a tarnished past, gets a brighter future. "Just For Today" opened it's doors, at South 60th Street and West Burnham Street, earlier this month with the goal of making it a safe place to hang out and be yourself.

"I have an idea, I have a vision, I have the energy and the effort to put in to this," said Donald H., owner of Just For Today.

When you first walk in to "Just For Today", you'll see it looks like a typical bar, because it used to be. Donald H. wanted to keep that feel, and spruce it up with some entertainment, pool tables, game tables, video games and more. There's even a stage.

"At some point we'll probably have comedy shows and, you know, award events because of the stage setting," he said.

Just For Today is unique in the sense that it doesn't sell alcohol,

"I'm perfectly fine with that," said customer Laurie B.

"Just For Today" is an entertainment club for recovering alcoholics and drug addicts. They won't offer anything that, to some, is a trigger.

"Our number one seller is coffee, coffee," Donald said. "Once you get clean, you become almost addicted to caffeine."

Donald H. is a recovering addict.

"My drug of choice was crack. Yes, it was crack," he said.

For years, he wanted to have a place like this, but said he was never able to stay clean long enough to carry out the dream. Now, that dream has come true. The name of the club, Just For Today, has a special meaning.

"If we stay focused on the day, we have a greater chance of succeeding and staying clean," Donald said.

Vincent Vitale, Alderman for West Allis District 1, said the Common Council was concerned about approving this because of this place's history with police.

"And that's where we felt this time we aren't sure, but at the same time we gave these new people the opportunity to manage that location," Vitale said.

And give people like Laurie a place to feel comfortable.

"Cuz there's other addicts that walk in the door and you get to know them and share your stories and realize that you have more similarities than differences," she said.

Donald H. was able to make this happen thanks to money from supporters, he says, believed in his dream. He says he doesn't have deep pockets, but hopes to stay in business and give back to the community.