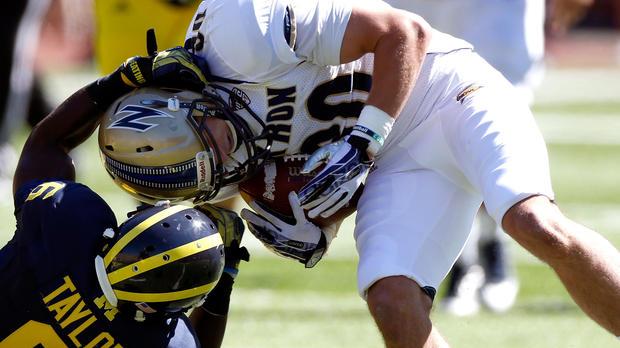 (CBS NEWS/AP) Police in Ohio say a University of Akron football player is recovering after one his teammates mistakenly thought he was a burglar and shot him in the stomach.

Authorities say they won't file charges because both players agree it was an accident.

The shooting happened early Saturday at an off-campus house in Akron where both players have apartments.

Police say Scott Boyett shot Andrew Pratt after he entered Boyett's apartment without knocking or announcing himself. Police say Boyett drove Pratt to the hospital where he remains. He is expected to recover.

Pratt is a senior wide receiver from Green while offensive tackle Boyett is a junior from Florida.

The university's athletics director says the school is waiting to learn more from police.

Police did not have any details about the gun.