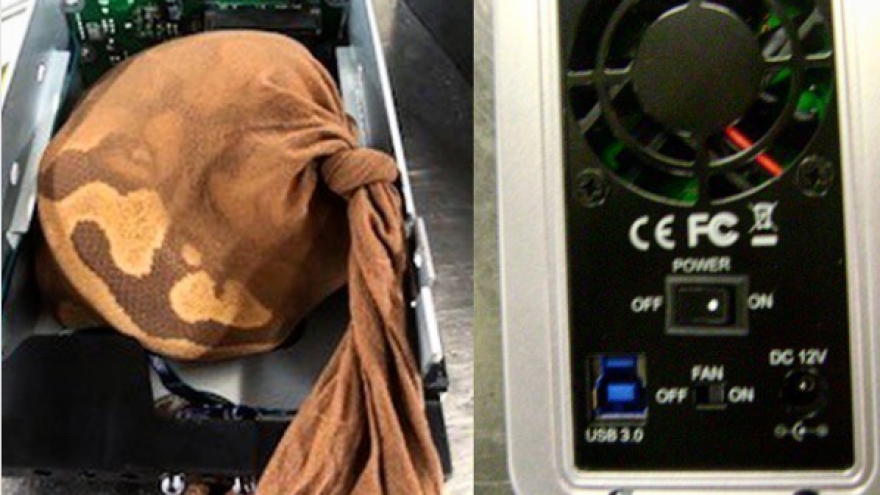 MIAMI -- A passenger heading to Barbados was stopped on Sunday for attempting to sneak a snake on a plane, CBS Miami reports. The passenger tried to "artfully conceal the snake inside the electronics of a hard drive, which was placed in a checked bag," said Transportation Security Administration (TSA) agents at Miami International Airport.

After baggage screening detected what the agency described as an "organic mass," a TSA bomb expert was called to investigate the inside of the electronic component where the baby python was found. TSA said the "interception prevented a possible wildlife threat on an aircraft."

"Animals of many species have been known to escape and chew through wires with fatal results," the agency said.