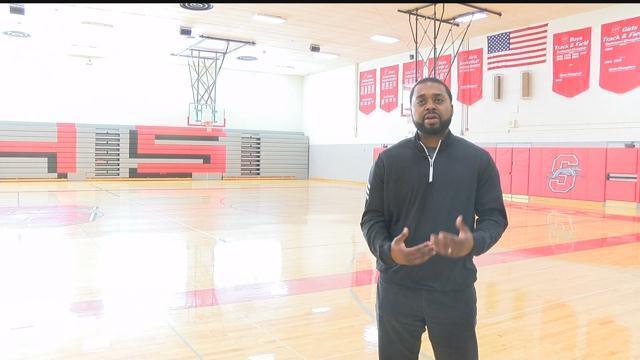 A Wisconsin high school sports policy is drawing boos from certain crowds. A list of chants that administrators don't want to hear is circulating online. Critics say the cheers are mostly harmless.

This story first gained traction after a student-athlete at Hilbert High School tweeted she didn't agree with the WIAA's policy on certain cheers.

A "Sports Illustrated" contributor picked up on what what happening and it spread across social media from there.

As a guideline the WIAA policy says if you're a fan you shouldn't use chants including "airball", "you can't do that", "there's a net there", "fundamentals", and "season's over".

LeVar Ridgeway is Athletic Director at the Shorewood School District. He says the chanting policy is nothing new.

"So I think the reminder may have sparked some controversy but I think overall this is something the most schools already do," Ridgeway said.

WIAA Executive Director Dave Anderson says the policy has been in place for more than a decade.

"These examples have been on our books and have been a part of information and reminders provided to members since 2005. And in my recollection no member has been sanctioned or threatened or removed from membership because a student body made a chant," Anderson said.

Anderson says he thinks chants should be handled on a case-by-case basis and the list is more of a suggestion created at the request of school districts looking for guidance dealing with issues such as harassment.

"If our members feel that providing examples is no longer good, well those are easily edited out," Anderson said.

"What we do is we encourage our students to cheer for our team. You can't go wrong if you cheer for your team," Ridgeway said.

"So we encourage that. We cheer four our teams. Most of the chants and the cheers that we do are pro-Shorewood and pro our team. So if you stay within those confines you're pretty good," Ridgeway said.

As for the student-athlete who was suspended from five basketball games for the tweet criticizing the WIAA - the students says she was punished for swearing in the tweet which broke her athletic social media code of conduct.