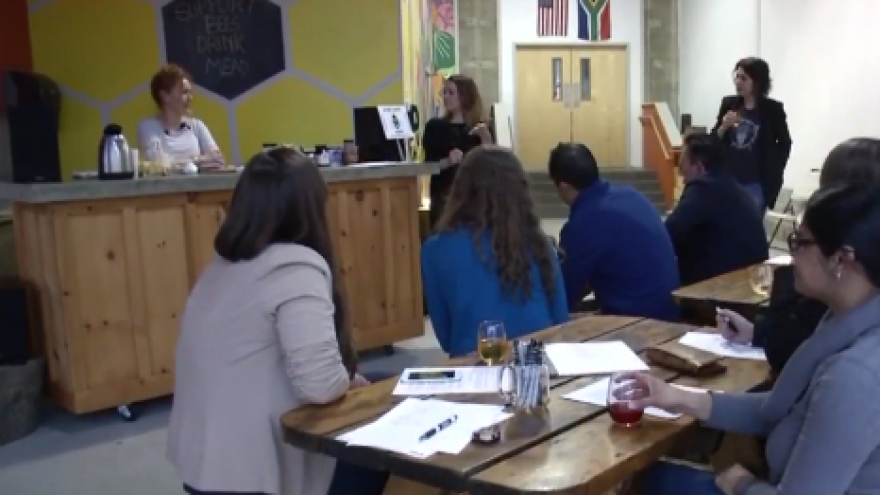 NEW YORK (CBSNewYork) — How did you learn to become an adult? Typically, it involves some life lessons learned the hard way.

Now, as CBS2’s Lou Young reported, there are actually courses in growing up.

“As sophisticated diners, we cut one piece at a time and put it in our mouth,” etiquette expert Myka Meier explained.

As Meier puts it, cutting all your food at once, into little pieces, is for babies. So is asking someone for a date by text.

Meier teaches those life skills and many more in several wildly popular classes at the Plaza Hotel.

Millennials are her biggest clientele.

“It’s a generation that’s growing up on tech devices so they are losing soft skills. They’re losing the face to face interaction, the eye contact, the body language,” she said.

Katie Brunelle and Rachel Weinstein are also in the business of teaching life’s lessons.

They’re hosting ‘adulting courses’ designed to school the thirty-something set in everything from cooking dinner to figuring out health insurance, and changing the oil in their car.

Experts said the fact that many young adults lack this basic knowledge may be the fault of their over-protective parents, but it’s never too late.

“Just because you learned something the hard way, doesn’t mean everyone else should,” Weinstein said.

One millennial was picking up a particularly useful life skill.

“Oh my gosh, probably interacting with other people,” she said.

The classes are in essence, training ‘millenial aliens’ how to live on the planet that the rest of us inhabit, but are they getting it?

“They’re learning, they get it, they love it,” Meier said.

The etiquette courses range in price starting at $75. Adulting classes will also be offered by webinar.