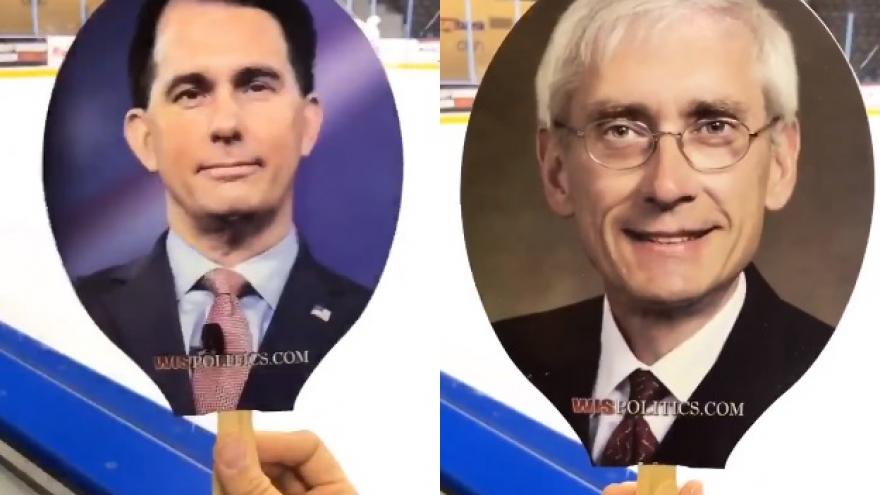 MILWAUKEE (CBS 58) — The Milwaukee Admirals will continue their time-tested tradition this election season when they conduct a straw poll of the Wisconsin Gubernatorial election this Saturday, October 27.

Before the 6 p.m. game against the Manitoba Moose at Panther Arena the first 2,500 fans to the game will receive a two-sided mask. One side will feature the face of Governor Scott Walker and the other side will be showcase Tony Evers. At a break in the action early in the third period, the Admirals will ask all the fans to hold up their mask showing the face of their choice for Wisconsin’s next governor.

“The methodology that we are using in this poll is very complex, but we have done extensive research and believe it to be both precise and impactful,” said Admirals President Jon Greenberg.

This will be the sixth straw poll that the Admirals have conducted. The team successfully predicted the winner of the Presidential Election in 2008 and 2016 and the gubernatorial races in 2010 and 2014. The only Admirals polling that was incorrect was the presidential bobblehead poll of 2012 when fans predicted a Mitt Romney win but the election went to Barak Obama.