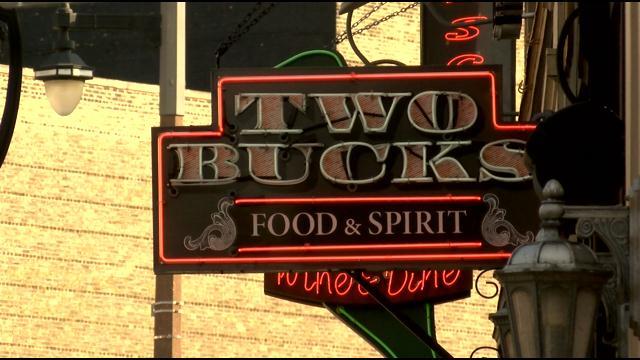 \"And the fact that she was doing that just to blacks, that's what makes us attribute to be a racist act \", Two Bucks Customer Anye Ngwa said.

\"She made a comment saying those people, ghetto people, inside a bar\", said Two Bucks former Employee Robert Redd.\"She said they were acting suspicious, but when I was over there with them, they weren't doing anything wrong. \"

Customer Anye Ngwa explains what happened to him.

\"I was hanging out with friends. I finished my drink. I wanted to order the next drink in the line, waiting for my drink\", Ngwa said. \"Suddenly a lady just walked up by me, and said if you're not drinking you got to leave.”

CBS 58 spoke with one customer who didn't see the events of Friday night, but says he's not turning away.

Do you know when I speak with us on camera, and referred us to this comment on the bar's Facebook page.

\"There was a unfortunate incident at two bucks like Friday, May 1. I apologize that this occurred; it does not reflect the views of the company, owners or employees of two bucks. We embrace diversity and have already taken steps so this will never happen again. \"

\"When I paid my bill she started apologizing\", said Ngwa. \"But the damage was already done.”

There's also a Facebook page to boycott the bar. At the top, you can read \"no to racism and discrimination\".

CBS 58 also spoke with other employees who say they quit after Friday night. Right now, there's an event that's being organized for Tuesday evening and is called \"speak up against racism”. The event is being put together by some of the people who were here over the weekend.