A New Kind of Smear Campaign 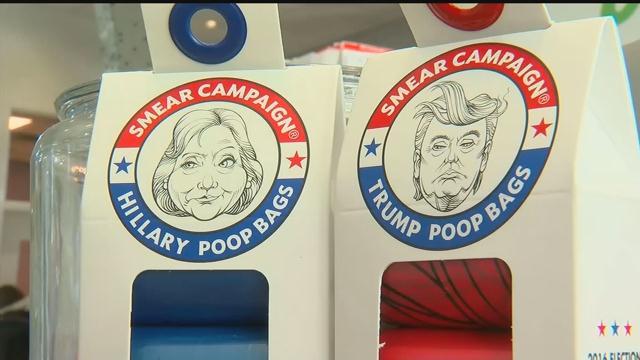 A dog spa in the Minneapolis area is selling election-themed bags for picking up dog poop.

They're calling it The Smear Campaign.

As you can imagine, the items have been getting a lot of attention.

Donald Trump's bag is called The Repooplican Bag, and Hillary Clinton's is the Democrap Bag.

Bubbly Paws has several locations, but the owner says they aren't keeping an official tally of which candidate's bags are selling better.

If you want to get in on the laughs, the bags are sold here.