A behind the scenes look at broadcasting the Final Four 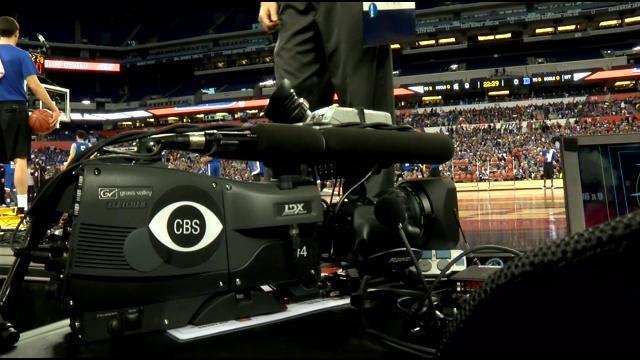 CBS 58 got a behind the scenes look at how the Badgers game will be broadcast on Saturday by CBS Sports.

\"We have more facilities, more trucks, more people, and someone has to tie all this together,\" CBS Sports Vice President Ken Aagaard said.

Tournament after tournament CBS Sports pulls it off with each broadcast getting bigger and bigger each year.

We got a look inside the game truck where directors will be switching shots and where editors cut together the flashy graphics you see at home. The shear amount of people and work isn't lost on the team in front of the camera.

\"The tournament is one big show, it basically takes place over three weeks, but the Final Four is the biggest,\" Aagaard said.

One of the new angles you may have noticed during the tournament comes from the rail cam.

\"The rail camera gives you some really cool shots, it's a look we had in the past but with a still camera, now we took it to the next level and made it move,\" broadcaster Clark Kellogg said.

But when the cameras stop and the game ends, editor Tom Blair says the tournament always ends the same way, with one shining moment.

\"I think what's important for CBS is to tell the story of the game, you're looking for that hero, the emotion, that sums it all up.\"