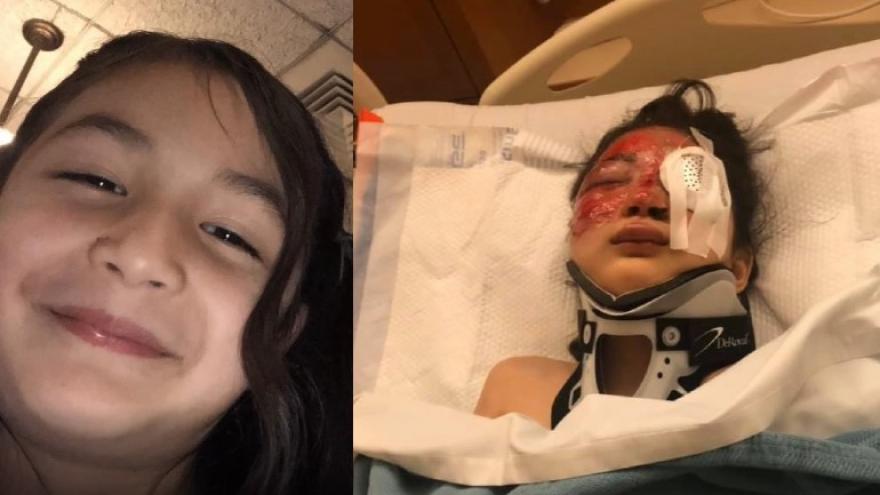 MILWAUKEE (CBS 58) -- Police say a suspect has been charged in connection to a hit-and-run crash that injured three people, including two children, near 35th and Forest Home.

By the time officers arrived at the scene, Helfenstein was gone but his truck was located.

According to a criminal complaint, the plates on Helfenstein's pickup truck were expired and from Mississippi. An anonymous tip stated that Helfenstein had hit out in a garage a few blocks from the accident and was taken to a local hospital.

Investigators found that he had been admitted for a broken arm about 45 minutes after the accident.

The complaint says officers asked Helfenstein if he knew why they were there, and he replied, "because of the accident."

He admitted to using heroin a day prior, and said after the accident he was disoriented and ran to a friend's house before going to the hospital.

Records show Helfenstein's license was revoked at the time of the accident.

MILWAUKEE (CBS 58) -- It’s a parent’s worst nightmare -- family says the victims were just driving home when a red truck hit them near 35th and Forest Home.

Witnesses say the driver got out and ran, and now the family is pleading with the community to help find them.

“To know that there’s somebody out there that did this to my daughter and I can’t do anything about it, it’s just eating me up,” said Joel Chairez, father of one of the victims.

Chairez says he is in unimaginable pain.

Just in Milwaukee for a visit, his mother, daughter, and niece were involved in a hit-and-run crash Sunday evening near 35th and Montana.

His 70-year-old mother broke her ankle and fractured her chin, but the accident left his 7-year-old daughter temporarily blind.

“My daughter was in the front seat so the airbag smacked her in the face. And she started bleeding, her eyes got glass inside of them, so she has both of her corneas torn open right now, so her eyes are swollen shut,” he said.

The driver of the vehicle took off running, leaving his family behind.

“So we were just driving down the road and we saw both cars, and we saw the smoke and where they crashed,” said Jenavi, a witness at the scene who helped rescue the girls.

“As we approached and got close, we saw the car and heard the girls inside screaming, and after that I don’t think I thought anything, just reacted,” said Melissa, another witness who helped.

Melissa and Jenavi are best friends who arrived only moments later, and acted quickly to pull the kids out of the smoking car.

They called 911, staying with them until help arrived.

“It was just nice to know that I was able to provide her the comfort that she needed,” said Jenavi. “The family deserves to have justice and to find out who did this.”

"I’m so thankful that me and Jenavi able to be there for them and hold them, and comfort them when they needed it because this is traumatizing,” said Melissa. “And if it were my family, or anyone that I know, you want someone to have been there for that."

If you know anything, call Milwaukee Crime Stoppers at 414-224-TIPS. Your call can be anonymous.