911 Tape Released from Search for 10-Year-Old 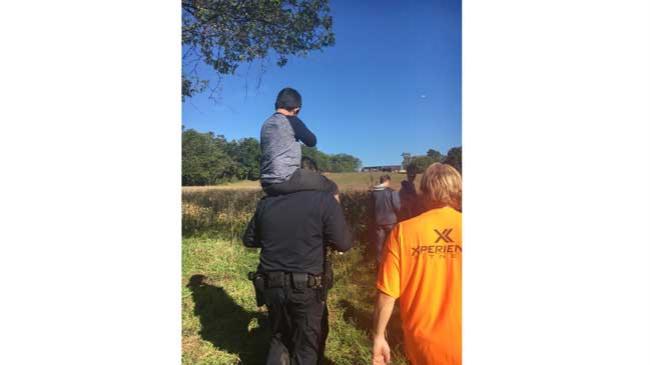 If you saw the story about the disappearance of 10-year-old Andrew Ounkham in Waukesha last night, you may have been one of the many who followed the search  on social media  through the night.

That search came to the best possible conclusion this morning, when the boy was found.

Concern was magnified by the fact that Andrew is on the autism spectrum and of course, the weather was chilly and damp.

As the hours stretched on, volunteers came forward to help with the search and to support Andrew's family.

His mother said he was riding his scooter by the house and seconds later ran into a cornfield.

That set off a huge search with hundreds of volunteers on the ground.

This morning this 911 call came in:

"We think we found the child that is missing.

Okay, where are you right now?

We're in the middle of a corn field."

Within minutes, it was official.

The missing 10 year old was found.

Pictures of the 10 year old riding on the shoulders of a police officer surfaced on social media this afternoon.

After a trip to the hospital, Andrew is back home safe and sound.

"I'm just really grateful for everybody going out of their way and being very very supportive," said his mother.