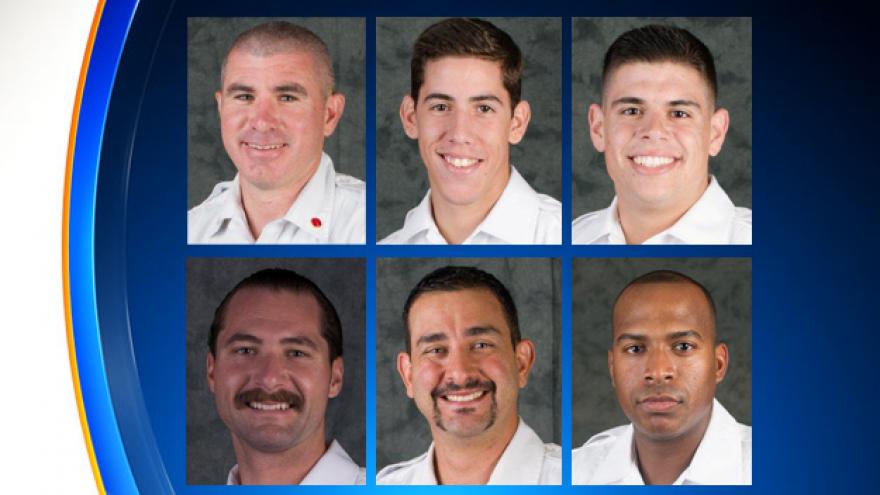 MIAMI (CBSMiami) – Six firefighters who worked at Station 12 in Miami have been fired and five more face demotions or discipline after racist and sexually harassing behavior targeted a black colleague.

The city said the firefighters left a hangman’s noose on a photo of fellow first responder, who is a 17-year veteran.

The lieutenant, an African American, agreed to talk to CBS4 if we concealed his identity.

“I am angry but it is not going to do no good and start putting my hands on people,” he said. “The only thing I could think of was to initiate the process, contact my superiors and let them know.”

He discovered the racist symbol on his shift the day Hurricane Irma hit.

“This is shocking to all of us, that this behavior was condoned by so many,” the victim told CBS4’s Gary Nelson in a telephone interview.

In addition to the noose, the harassers drew lewd sexual images on the lieutenant’s family photos, hung in his room on the second floor of the station.

In his letter of termination, the city wrote of Capt. Bryson, “Members under your direct supervision defaced several personal photos of a fellow firefighter with graphic and obscene phallic renderings.”

Bryson’s father, William “Shorty” Bryson, was a former Miami Fire Chief ironically cited by the U.S. Equal Employment Opportunity Commission (EEOC) for discriminating against black members when he was president of the firefighter’s union in 1992.

“As the whole investigation went forward, I was completely wrong who I thought it could have been,” the victim said.

The union will fight the terminations, saying, in part: “We are very disturbed by the allegations, and look forward to the opportunity to review all the facts.”

The victim believes racism is pervasive there.

“These are people who don’t know the boundaries of their own hatred,” he said. “It tells me that they’re looking at everyone (in the black community) that way.”

The victim told CBS4 he has no complaints with the city or fire department administration and is glad his superiors acted quickly when he reported the harassment.