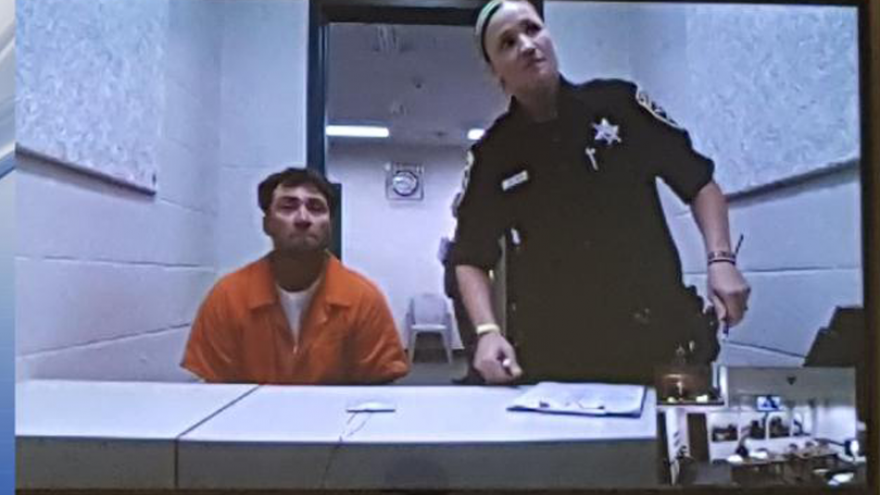 GREEN BAY, Wis. (WBAY) -- An Arkansas man accused of sexually assaulting an infant girl is being held on a $50,000 cash bond in Brown County.

On Monday, Derek Gates appeared before a judge on a video link from jail. The court set bond and ordered Gates to have no contact with children or the victim. A judge ruled there was probable cause to keep Gates behind bars as prosecutors work to complete a criminal complaint.

Green Bay Police say a local hospital called them Friday afternoon and reported that an 11-month-old girl had injuries consistent with sexual assault. The child was later discharged from the hospital.

Gates, who was in Green Bay for work, was staying at a hotel on E. Mason Street with his girlfriend and her children.

The girlfriend woke up in the middle of the night, saying she heard the infant was upset. The mother found Gates feeding the infant a bottle.

In the morning, the mother was changing the baby's diaper and discovered the girl's injuries.

The child was taken to a local hospital. Staff told investigators that the girl had suffered vaginal lacerations and bruising.

Gates is not the biological father of the child.

Police say the investigation is ongoing. Investigators have submitted evidence to the State Crime Lab for testing..

"These investigations are very complex, because it's going to take some time, and the investigators are working on it as we speak because they will have to re-interview the suspect, and determine the same exam produces versus what the suspect is saying, to put this together," said Capt. Kevin Warych, Green Bay Police Dept.

A criminal complaint has yet to be filed. Police have recommended the district attorney's office charge Gates with first-degree sexual assault of a child and possession of THC.

Gates is expected to appear in court next week.