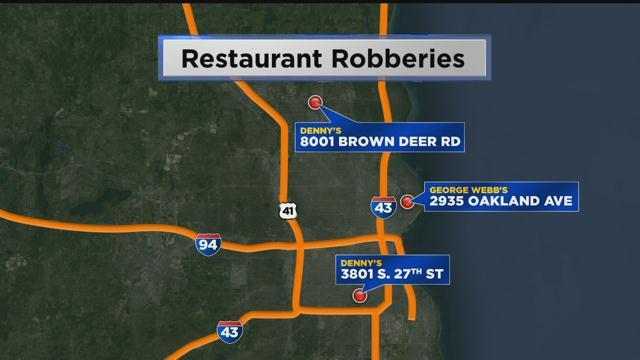 The robberies happened within 90 minutes of each other.

The first at 4:50 AM at the Denny's near 27th and Howard, 40 minutes later another Denny's was robbed near 76th and Brown Deer.

Then around 6:00 AM, a George Webb's near Oakland and Locust was hit.

Police are now trying to figure out if they're all connected.

Police say two robbers are involved and at least one is female.