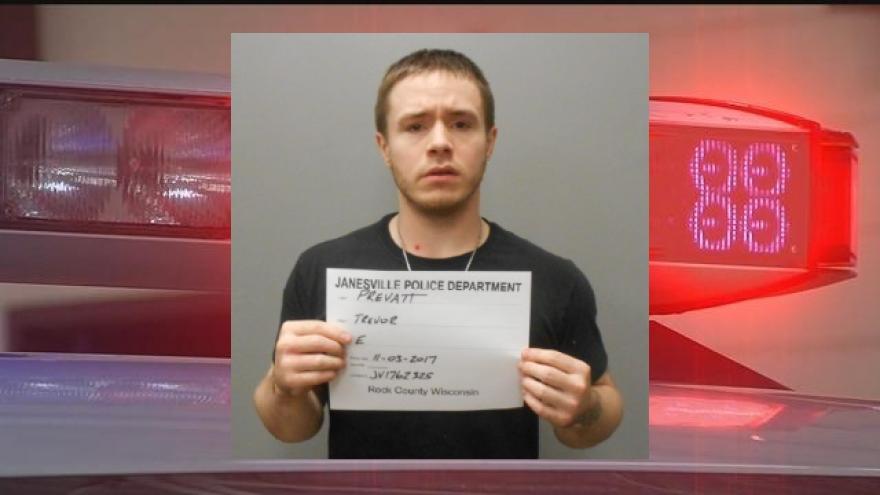 JANESVILLE, Wis. (CBS 58) -- On Friday, November 3 around 7:30 a.m. Janesville Police were dispatched to a house in the 1300 block of Laramie Lane for a domestic disturbance. At the house officers were talking with the suspect, Trevor Prevatt, in the hall when he lunged at one of the officers. The officer was able to deflect and officers tried to talk the suspect down.

Prevatt told the officers he intended to take the officer's gun, knew the gun the officers used and knew that they would have to shoot him. As Prevatt was counting down to 0 to carry out his intended act he was shot with a Taser and taken into custody.

The 28-year-old was was arrested and taken to the Rock County Jail where he is being held on criminal charges of domestic violence and attempting to disarm police officer.