GOP leaders spoke on several issues, including their efforts to investigate the 2020 presidential election.

Vos said last month that he would hire three retired police officers for the review.

Gableman said he'll fight to get to the bottom of what happened during the 2020 election.

"Whatever part of the political spectrum you fall on, nobody should disagree with the idea that honest, open, fair, and transparent elections out to be what take place... Cause if we don't have that, we have nothing" said Gableman.

Ahead of the convention, former President Donald Trump called out State Republican leaders, saying they're 'working hard to cover up election corruption'. 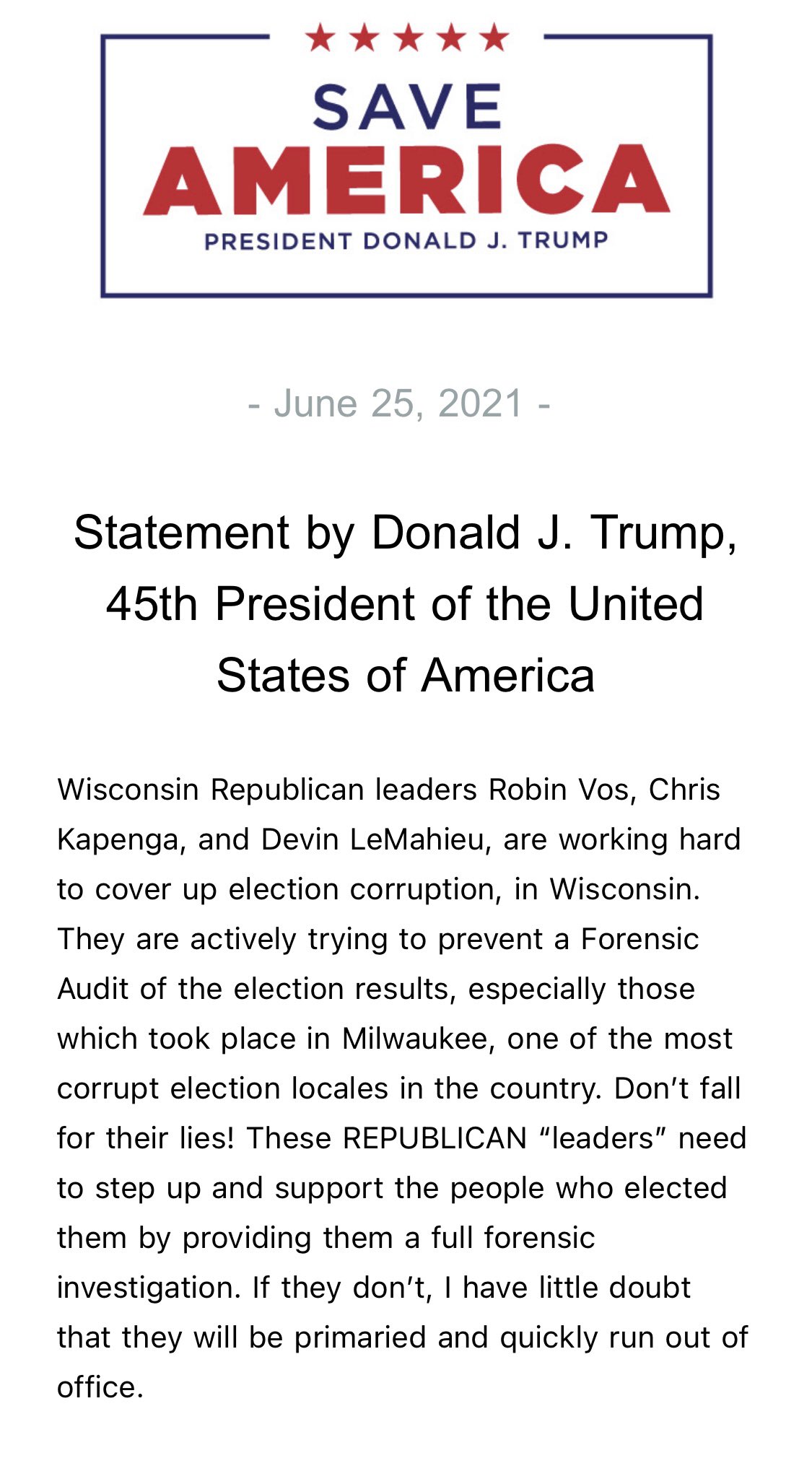 State Senator Chris Kapenga, a Republican named directly by Trump, responded in a statement of his own saying that the former President's claim is false.

Kapenga said that he never received a call from trump about the election audit, but if he did, he would have told him about the process that's currently taking place.