2 DPW workers struck by vehicle near 52nd and Hampton

NOW: 2 DPW workers struck by vehicle near 52nd and Hampton

MILWAUKEE (CBS 58) -- Two City of Milwaukee Department of Public Works employees were struck by a driver near 52nd and Hampton on Wednesday, Mar. 4.

The two male workers were transported to a local hospital for non-life threatening injuries.

A couple blocks away, Janice Wulz was sitting in her living room when she saw several boys run past her home.

"I saw two boys run quickly through into the parkway and I thought that was kind of odd that they were running so quickly, and then I saw another one and another one,” Wulz said.

She stepped outside to find other people, who witnessed the accident, stopped outside her home.

“There was a witness that had come down the block to help and another one had contacted the police,” she said.

Police were also investigating an abandoned car, with heavy driver-side damage, nearby at 53rd and Glendale.

A witness said the boys ran from that car shortly after the accident.

Officers haven't said if the car is connected to this case. They have not released any details on possible suspects or arrests.

A couple people near the scene told CBS 58 the street has become more like a speedway.

"A lot of people they ride so fast, I don't know, something is wrong. Sometimes I see police but I think they need more security around here," said Isdro Lemon, manager of Express Gyro.

"Yet again another case of reckless driving brings harm to our DPW family. The latest involved two DPW workers needlessly injured on the job. It is both worrisome and frustrating how frequent these incidents are occurring. While the health and safety of public servants are paramount, what is more at risk is the health and safety of the entire community if this senseless behavior continues." 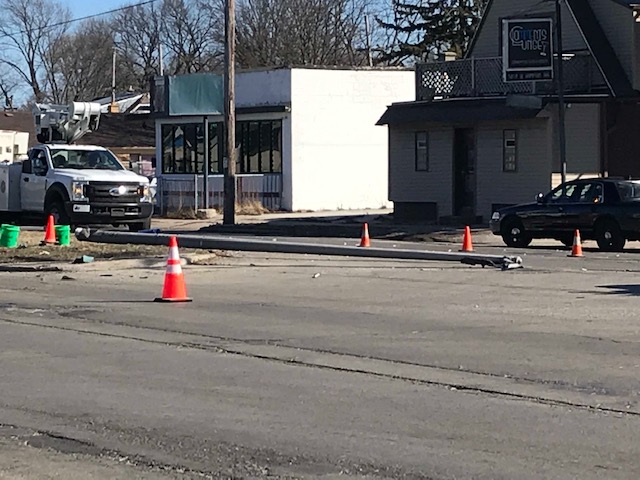