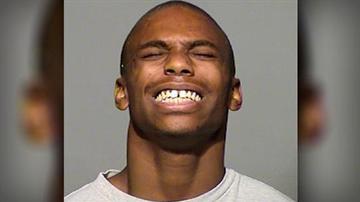 MILWAUKEE-Sylvester Akeem Lewis, 18, was formally charged Wednesday with first degree reckless injury, endangering safety, and possession of a firearm by a felon for the May 21st  shooting that wounded a 10 year old girl.

Sierra Guyton was struck in the head by stray gunfire in what police describe as cross fire during a gun battle near the playground of Clarke School near 28th and Clarke.

In the criminal complaint filed Wednesday in regards to the playground shooting police say an adult citizen witness came forward to name Lewis.

The witness said that just before the shooting she saw the defendant and she refused to give him a ride. She said he had a silver semi automatic handgun. She had witnessed him use the firearm the day before to shoot at a vehicle.

The same witness later allegedly saw Lewis riding a bicycle towards the school and fire the gun towards the playground.

She estimates that she heard 20 shots.

A child witness near the gunshot victim said she believed the target was four boys who sitting on some steps in the playground.

Detectives Charles Muller and Erik Gulbranson from the Milwaukee Police Department's Homicide Unit say Lewis admitted that he was armed that night and that the group of men on the steps confronted him about stealing his \"baby's mamma's kid's clothes.\"

The defendant is alleged to have named a person, Jayme, as pointing a gun at him (Sylvester) and threatening him.

The defendant insists the other man fired first and he returned fire and fired until his handgun was empty.

He also admits to knowing that children were nearby.

He claims to have gone to a relative's home to change clothes and then resold the firearm on the south side for $250.

The girl who was wounded remains at Children's Hospital. Her family hopes for a recovery, but says there is a persistent problem with brain swelling.

The defendant has one recent conviction as an adult for felony burglary.

Chief Flynn revealed that the defendant has several priors as a juvenile involving burglary, auto theft and battery.

There is no indication he was ever armed in those prior crimes.