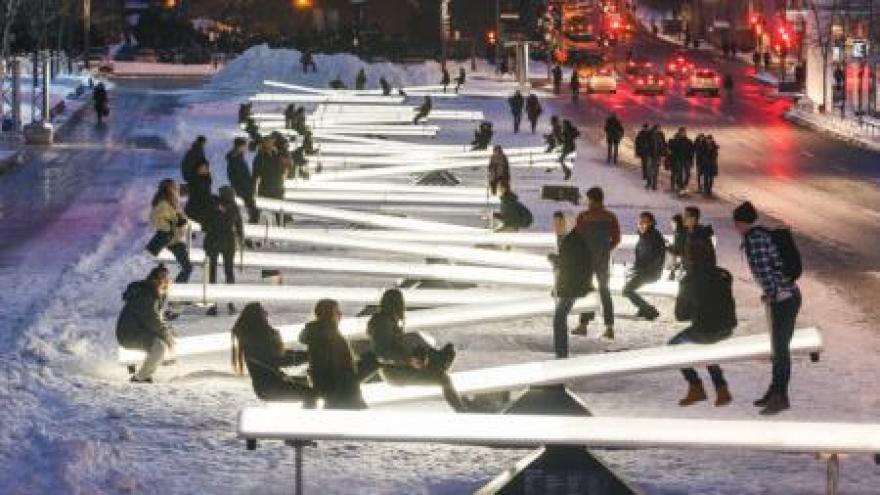 CHICAGO - A new attraction is coming to Navy Pier and it's a space of play for all ages.

Navy Pier recently announced that fifteen seesaws will be temporarily installed. They range in length from 16-24 feet, they will illuminate and produce audible tones when in motion, and activate built-in lights and speakers.

Navy Pier encourages folks to come out to play and enjoy these captivating works of art at Polk Bros Park.

The new attraction is called Impulse and according to Navy Pier, it is a publicly activated light and sound experience that uses repetitive units of subtle light and sound to create a temporal, ever-changing event, allowing guests to create co positions with unique, urban instruments.

Impulse will run from March 10th to May 21st.