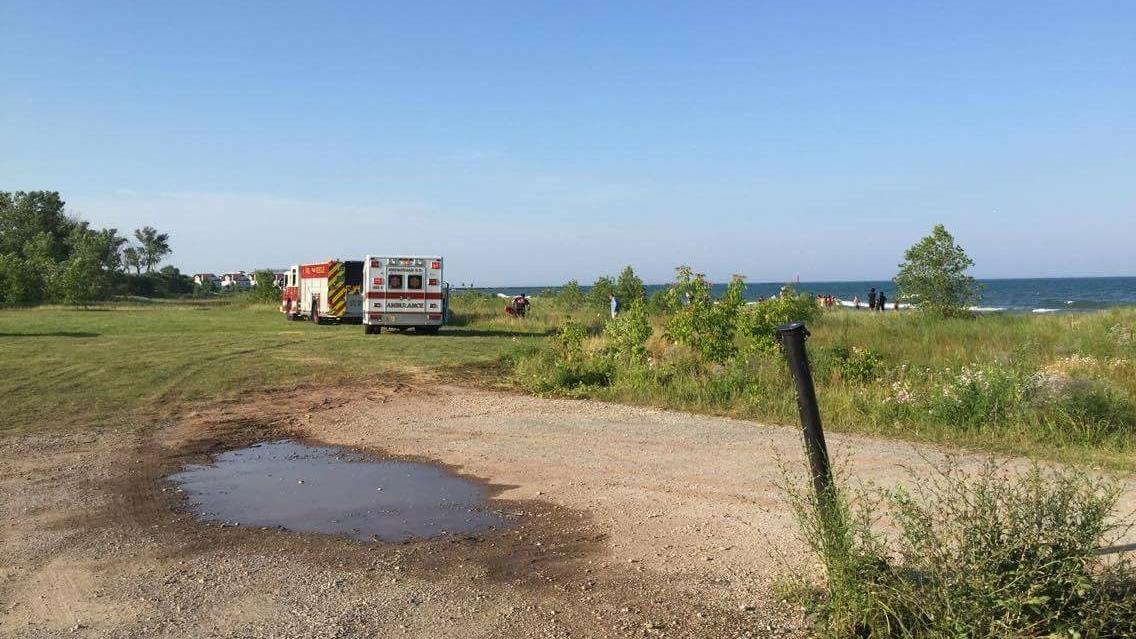 Emergency responders got a teen swimmer back breathing again after an estimated ten minutes under the water in Shebang Monday.

It was just before 6:30 p.m.,  the Sheboygan Fire Department Dispatch Center received information that there was a swimmer who had not surfaced near the beach at General King Park on Sheboygan’s south side

Sheboygan Police arrived on the scene and were responsible for spotting the victim in the water and removing him from the water and initiating CPR. Sheboygan firefighters arrived immediately thereafter and took over medical care for the patient.

The patient was transported to Sheboygan Memorial Hospital from the scene where his treatment continued.

The swimmer is a fourteen year old male and was at the park with family at the time of the incident. It is estimated that he was under the water for approximately ten minutes.

Locals say the beach was packed, but the waves were very choppy. Although the water is shallow along the shoreline, it does make a drastic drop with an undertow a mere handful of feet from the beach.