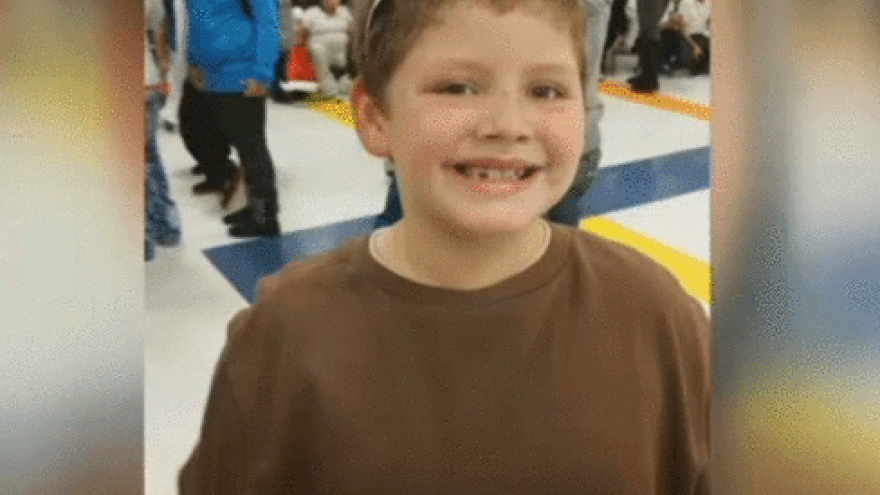 CHANDLER, Okla. - A 13-year-old Oklahoma boy accused of fatally shooting his 10-year-old friend with a crossbow in anger has been charged with first-degree murder.

The death happened Oct. 21 in the small town of Chandler, about 40 miles northeast of Oklahoma City. Authorities say 10-year-old Austin Almanza was fatally struck by an arrow, which traveled through his body and then pierced his 8-year-old brother in the arm.

Prosecutors charged the 13-year-old boy as an adult, making him one of the youngest ever in Oklahoma to be charged as an adult with first-degree murder. The Associated Press is not naming the boy because of the possibility he that he could be tried as a juvenile.

At a hearing Thursday, a judge ordered a psychological evaluation of the boy to determine how his case should be handled going forward.

Investigators say the boy told them he accidentally shot his friends with the arrow.

The 8-year-old told authorities said he and his brother had gone to work on a treehouse with the 13-year-old boy, but that the older boy became angry when they tried to leave. The surviving brother said the suspect then shot the arrow.

An uncle of the brothers who told authorities he was within earshot of the incident said he heard the 13-year-old boy say, "I think I murdered him accidentally," according to an affidavit. The boy then "ran home crying."

Lincoln County Sheriff Charles Dougherty said in October that Austin didn't die "because of an accident."

The Oklahoman reports the 13-year-old boy has been released on $130,000 bail. Under the conditions of his release, there can be no weapons in his home, he must be monitored via GPS, adhere to an 8 p.m. curfew and have no contact with Austin's family.

The boy's attorney and mother declined to comment when contacted by The Oklahoman.