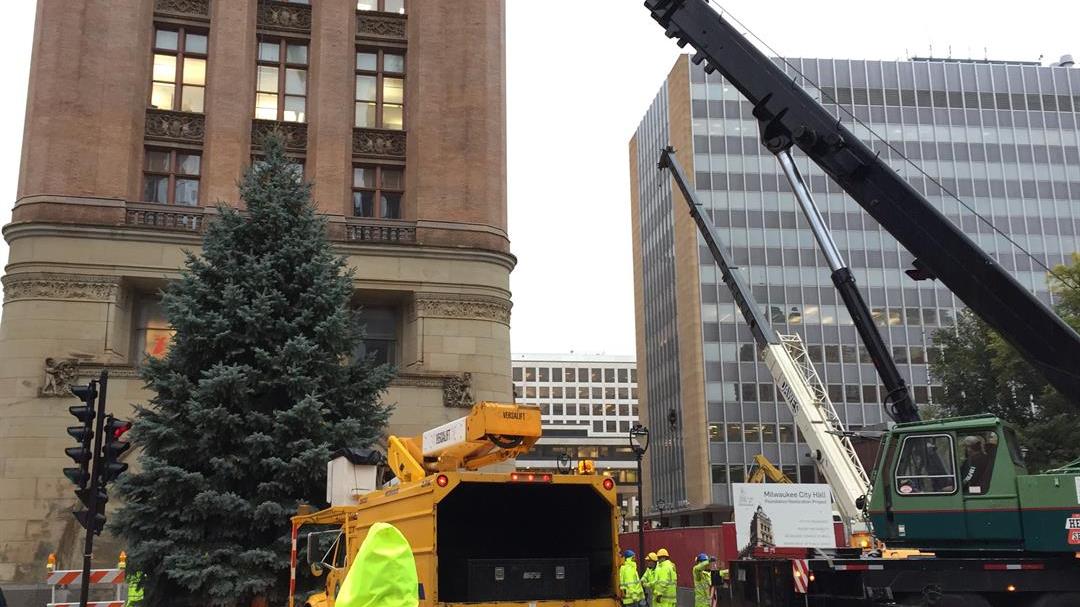 It's still mild and rainy, but Milwaukee has the holidays on its mind.  Wednesday morning, the city's Christmas tree was harvested and then transported to City Hall.  Rex Hayes and Anna Maria Wallace from the Washington Heights neighborhood donated the 38-foot Colorado Blue Spruce.  It had been a fixture in their front yard for 25 years. Now, it can be enjoyed by everyone.

CBS58 covered the harvesting live during its morning show.  There was a slight delay due to the rainy conditions, but the tree was cut and then hoisted onto the flatbed truck in a matter of a half hour.

There are some changes with the holiday tree this year.  First, it's now being called the "City Christmas Tree" instead of the "City-County Christmas Tree."  Also, Red Arrow Park won't house the tree.  Instead, as mentioned, it'll be at City Hall.  Lightning will take place on Thursday, November 17th at 5pm.

By the way, the county says it has plans on having six, smaller holiday trees, all sponsored, at Red Arrow Park.