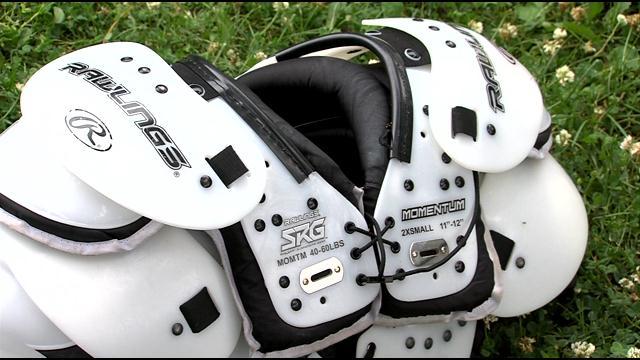 Proper equipment is key to teaching techniques of football.

\"We put a lot of time and money into this,\" said Michael Galloway. \"We put our own money in it.\"

So it hurt when the head coach the NCSL Buccaneers saw his team's helmets, shoulder pads and more thrown behind an abandoned building near N. 64th and W. Kaul.

He said about 80 percent was recovered and in good condition.

The Buccaneers youth team plays under the Neighborhood Children's Sports League, or NCSL. The decades-old non-profit looks to build discipline and integrity in inner city youth.

Jones didn't tell her nine-year-old son Deion what happened to their equipment, fearing he would've been devastated if he couldn't play.

\"I love that my son has something to do and the coaches actually care about the kids,\" Jones said.
Galloway said the team will use this experience as a lesson, as players get ready for the first day of practice July 13.

The Buccaneers and other NCSL youth teams are always looking for help to buy equipment and supplies to support the players.

To learn more and make a donation, click here.