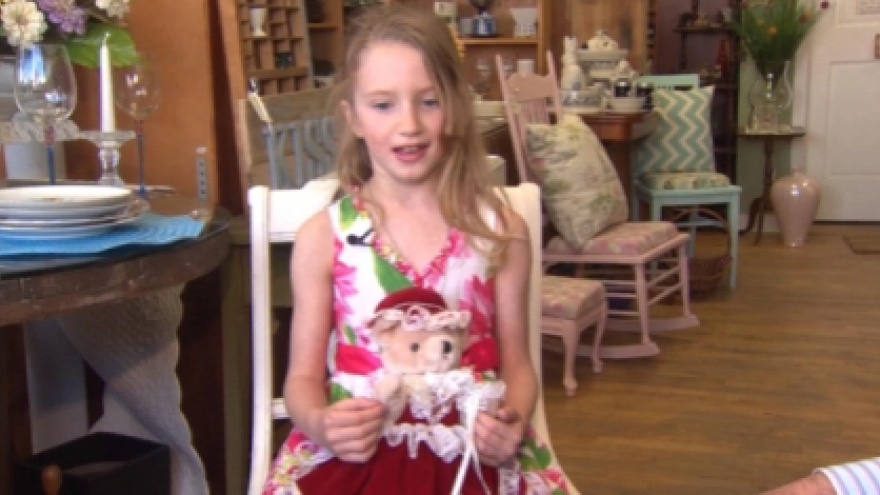 BOSTON (CBS) – Eight-year-old Mahala Moffitt fell in love with a teddy bear at a consignment store in West Concord.

It cost six bucks, but she only have five on her. So she asked the owner of A New Leaf if she could borrow a pen and paper. The owner had no idea why.

A few days later Meg Gaudet, the owner of the store, found a note on a Mrs. Claus teddy bear that read “Stay Here, I’ll Be Back.”

Gaudet tried to find the little girl by posting the story on Facebook, contacting the local newspaper and putting a wanted poster in the window. This was last fall. Nothing happened. Until last week.

Turns out that even though Mahala and her family live down the street in West Concord, the girl had been in and out of the hospital with health issues.

Last Thursday Mahala and her mother went into the store, not expecting the bear to still be there. But there it was behind the counter.

“It’s like a miracle for her, it’s magic. This is a girl who has been down on her luck this year” said Mahala’s mom, Jen.

They praised Gaudet for her thoughtfulness.

“The note personified this little bear in a way that adults don’t see, that innocence. She said ‘Stay here’ like the bear was actually going to go somewhere,” Gaudet said.