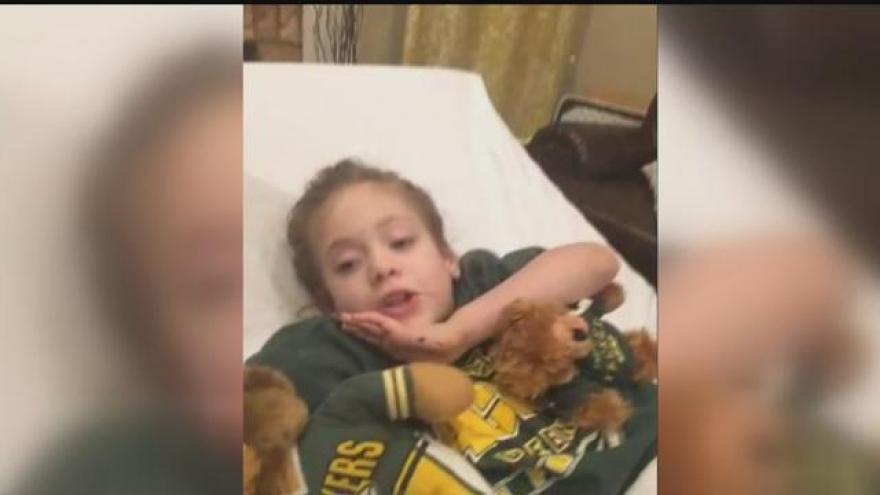 One of Aaron Rodgers cutest fans is out of an Atlanta hospital.

Maddie Scott, 6, suffers from the birth defect spina bifida, but her spirits are high and history has shown her fighting spirit can rub off on the green and gold.

Maddie is recovering in a hospital bed in her home of Columbus, Georgia.

She's decked out in green and gold and keeps her stuffed animals, Reggie and Aaron close by.

Her condition requires her to use a wheelchair. Maddie's dad, David Scott, told CBS 58 she had surgery last week to fix a procedure she had in December.

The last time she was in the hospital for surgery was when she was born in 2011. That year, the Packers beat the Falcons to advance to the Superbowl.

"Good medicine was great for us because she's a happy, healthy six year old. It was great for the Packers too because while she was in the hospital recovering, we won the Superbowl," Scott said. "So we're just hoping lightning strikes twice. Since we had to be back in the hospital for a surgery, maybe we'll get another Superbowl win."

Scott grew up in Tennessee and said the Green Bay Packers is the only team he's ever cheered for. His wife is from the south too.

David said that Maddie's grandpa isn't happy they're not rooting for the Falcons in the NFC Championship.

The family will be watching the game from home. David didn't give any score predictions, but Maddie said, "the Packers are going to smash the Falcons."