"You can't script it"; gracious act leads to first football tackle for Wisconsin boy with down syndrome 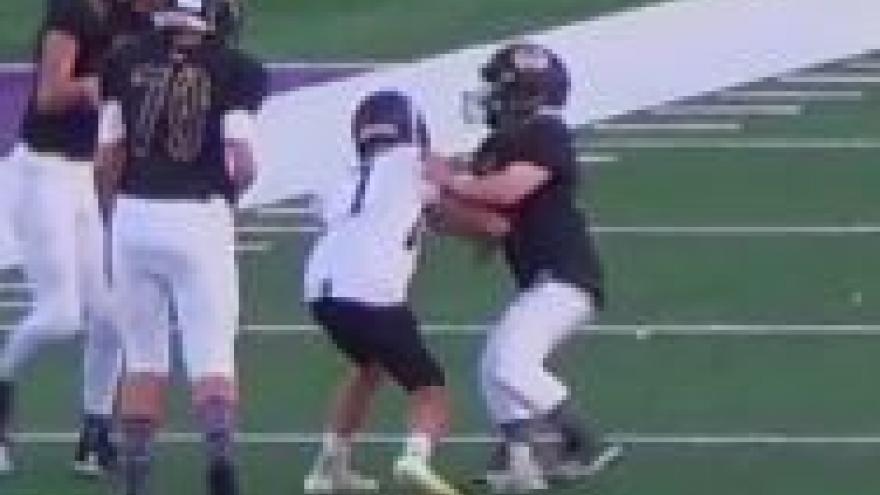 The incredible moment happened last Saturday in Oconomowoc, where the youth football team was taking on the visiting Eisenhower Generals.

With just minutes left in the game, trailing 28-8, Oconomowoc substituted in Jack Haney, a strong safety with down syndrome.

Coaches, players, and parents could have never drew up what happened next.

New Berlin Eisenhower threw a quick pass to Max Ringwall, who had a clear path to the end-zone.

"It was a touchdown, 100 percent a touchdown," says Oconomowoc Coach Jesse Pilachowski. "All of a sudden, he starts pointing at the players to kind of communicate what he's doing, and pointing to Jack to indicate he wants Jack to make the play. And it was at that point that I really realized what he was doing."

Haney left nothing to chance, sprinting across the field and laying a hit on Ringwall.

"It was such a great moment, and I think what was so great is it wasn't scripted, it just happened in the moment," says Pilachowski.

"I pushed, and I'm really proud," he said with a grin.

Quarterback Braden Obst says the play was not planned ahead of time. He says Ringwall noticed Haney come into the game, and told the team in the huddle to throw him the ball.

Ringwall's coach, Bob Hall, says the decision wasn't a surprise. He says Ringwall is a team leader, and always looking to make others happy.

"Win or lose, moments like that, you can't make those up," he said.