"You can still get help:" MATC program helps homeless students get back on their feet

NOW: “You can still get help:“ MATC program helps homeless students get back on their feet

MILWAUKEE (CBS 58) -- Hundreds of Milwaukee Area Technical College students rely on help from emergency funding to avoid going without a home or food.

It's a situation no student wants to be in: having nowhere to live on top of trying to get a degree. One student who spoke with CBS 58's Stephanie Buffamonte hopes her story will inspire others.

MATC student Efashia Moore didn't have a home just over a year ago.

Moore would read finance books at the public library.

That's when she made a life-changing decision and applied to become a student at MATC.

The college has emergency programs that provide grants, funds, resources, and temporary housing to people in situations like Moore's.

In the last six years, the programs have helped about 1,000 students get back on their feet.

It's a grim reality. An MATC focus group in December 2018 found that about 30% of students experienced a need for food and about 20% weren't able to pay their full rent or mortgage. 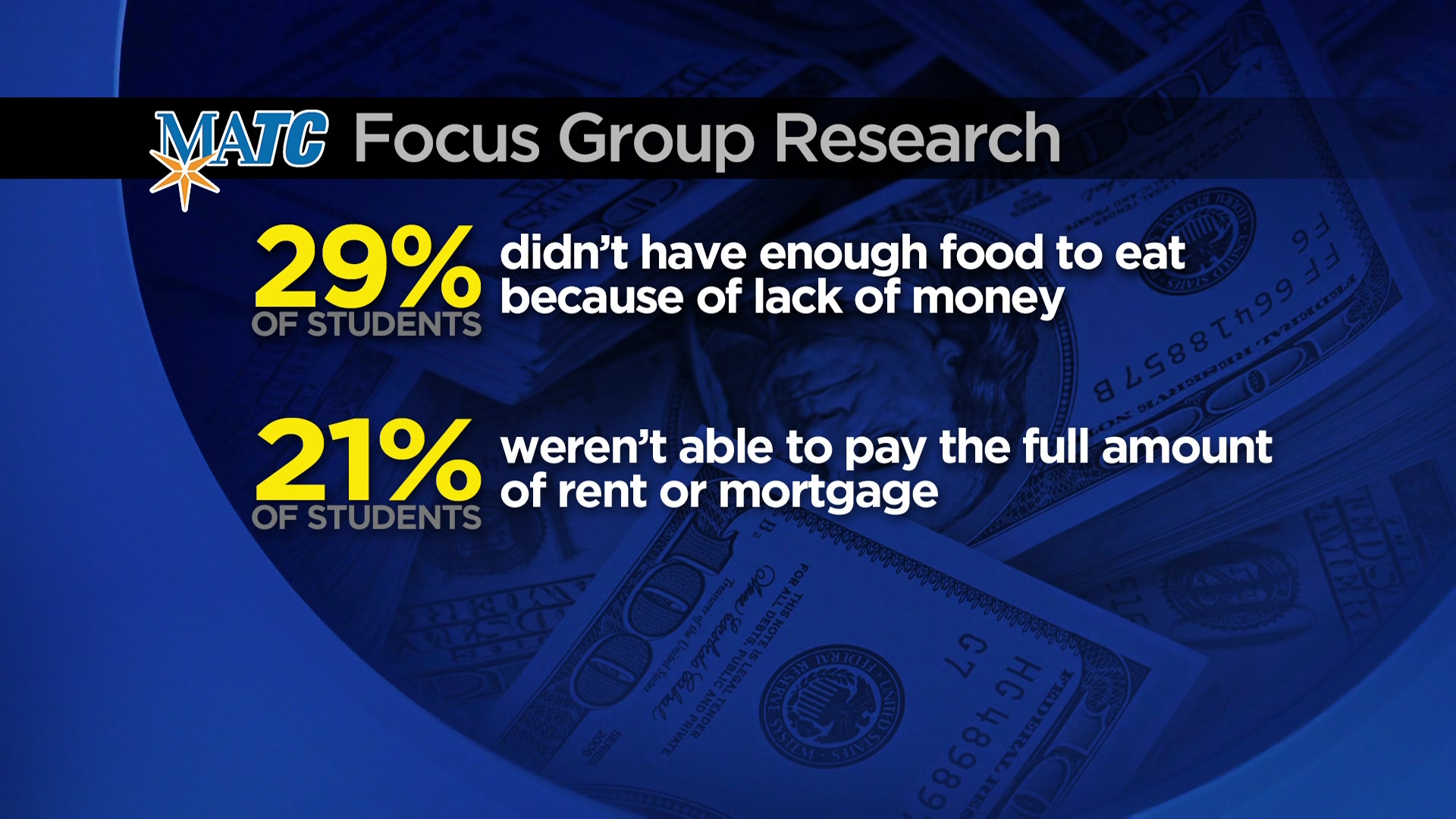 "When those crises arise that get in the way of life, but also in the way of academics and finishing out semesters, so we've helped a lot of students get through," said Walter Lanier with MATC.

Moore says she was given up to 60 days to live in temporary school housing as a student while she got a job and saved up. She's now a permanent resident in the dorms.

"Being homeless, it motivated me more. It opened my eyes because I had never been in that position before and I didn't want to go back," Moore said.

Smiling from cheek-to-cheek, Moore is proud that she's a sophomore at MATC, studying business management.

"I said it when I started school, I want to be on the Dean's List and I did it!" Moore said.

The students wants her story to give others hope.

One of the donation-based emergency programs, Fast Fund used about $71,000 to help 255 students since it started in 2016. The MATC Foundation also administers the Dreamkeepers Emergency Grant Assistance Program, which has awarded 725 students a total of $458,000 since the fund started in 2012. To donate, click here.