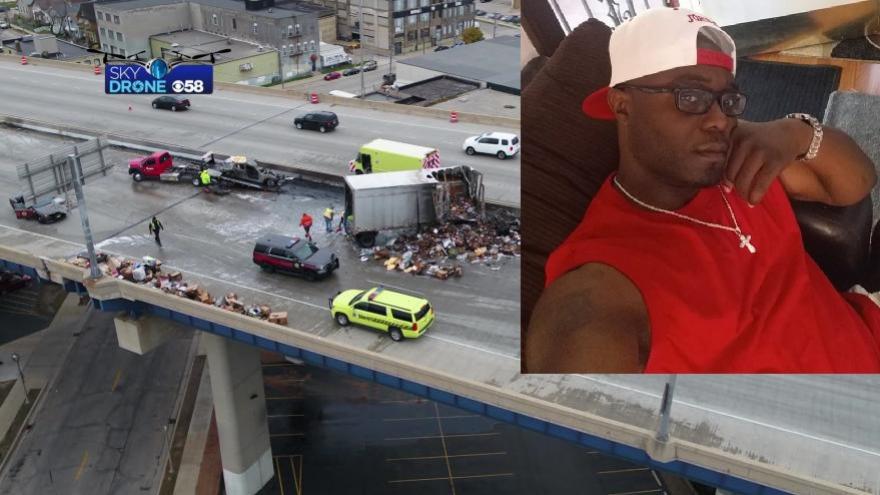 MILWAUKEE (CBS 58) -- The driver killed in a wrong-way crash on November 1 has been identified as 39-year-old Antonio Holmes of Milwaukee.

Police say Holmes was driving southbound in the northbound lanes of I-43 and crashed head-on with a semi-truck on the High Rise Bridge near National Avenue. Both the semi-truck and the car caught on fire. The truck driver was able to escape. An off-duty Milwaukee Police officer tried to get Holmes out of the car but was unable to due to the fire.

Antonio Holmes' younger brother spoke to CBS 58 and said Antonio has three young kids and one on the way. The family does not believe the crash was a suicide attempt and said there are many possible reasons that he was driving the wrong way.

Traffic was backed up for several hours.