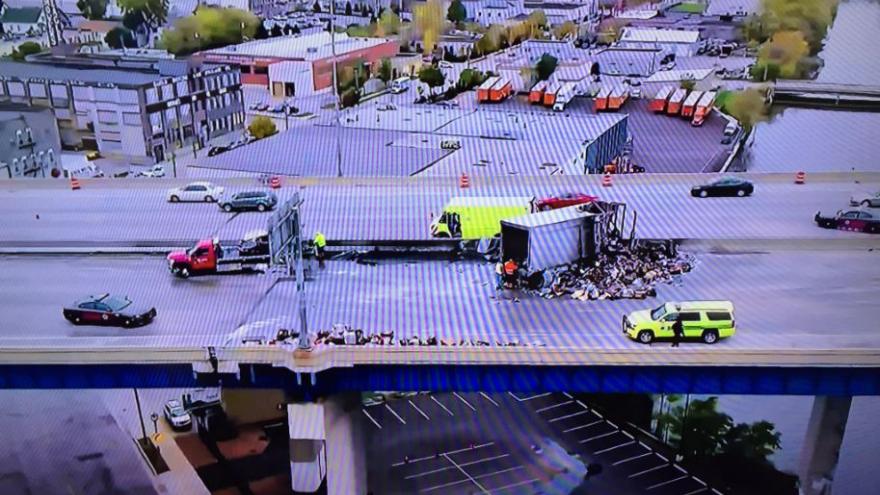 MILWAUKEE (CBS58) -- Acting Milwaukee County Sheriff Richard Schmidt said the car fire was so bad, they haven’t been able to identify the driver or the make and model of the vehicle.

The Medical Examiner completed the autopsy. However, they are also waiting on positive identification and toxicology results.

Schmidt is referring to the wrong way driver who got on I-43 N. and crashed head on into a UPS driver near National Avenue. Both the semi-truck and the car caught on fire. The truck driver was able to escape. However, the car driver didn’t make it out alive.

An off-duty Milwaukee Police officer tried to get the man out of the car but was unsuccessful.

"When he arrived he said the fire was small enough that he could at least get up to the door but it was so horrific that within seconds he had to drop back,” Schmidt said. “He could see a person inside, but again we have no specific identification on the person that was in the vehicle, definitely the person wasn't moving at the time according to our reports."

There were lane closures and traffic was backed up for close to eight hours On Wednesday (Nov. 1).

Schmidt called wrong way driving an epidemic. He said so far this year, there have been 125 reports of wrong way drivers, 81 confirmed and 15 arrested. He said those caught were either drunk, on drugs or disoriented.

"As stated this is a catastrophic fire that took place immediately, almost immediately engulfing both the car and the semi, which quite frankly were totally destroyed based on the fire making this investigation extremely difficult," Schmidt said.