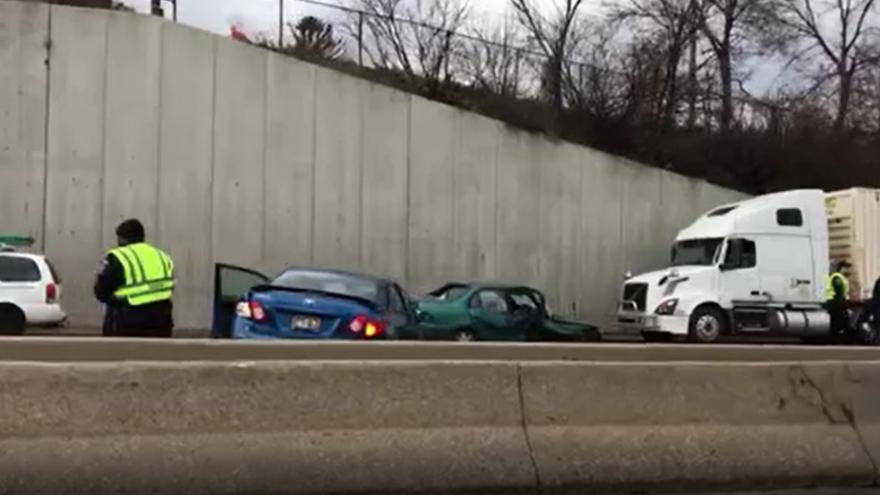 MILWAUKEE (CBS 58) -- A wrong-way driver caused a crash on I-43 southbound near Capitol Drive on Wednesday, Dec. 4, according to the Milwaukee County Sheriff's Office.

MCSO says they were called to the scene just before 11 a.m. Upon arrival, officials found three vehicles and debris covering all three lanes.

The drivers in the other vehicles involved suffered non-life threatening injuries and transported to treatment.

The wrong-way driver showed no signs of impairment, officials said. She was arrested and transported to a local hospital.

She faces the following charges:

All lanes on I-43 reopened just before noon.