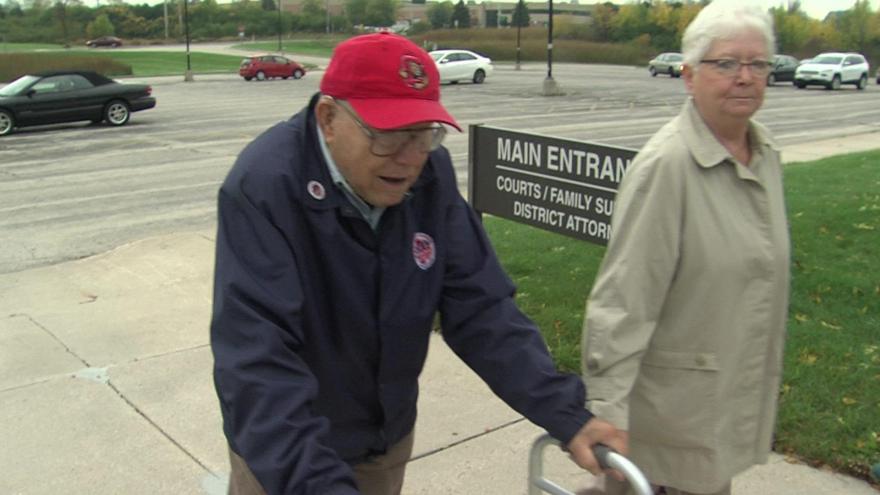 Another family is out thousands of dollars at the hands of a man who calls himself “Pastor Dave”.

Since CBS 58 first reported on Pastor Dave [David Ward] back in May, people around the state have called and emailed us with similar horror stories of dealing with this contractor.

Barb Read from Mequon said, "I'm pretty angry, and I don't want other people to be stuck with this situation."

Read says the situation is Charley Read, can't step out on his back porch.

The Reads say Ward tore old board off their deck, but didn't put new boards on as promised. The Reads hired him more than a year ago two handle three projects at their Mequon home.

In all, Ward took about $20,000 from the Reads. They say he did some of the work he promised; but excuses piled up, phone calls went unanswered, months went by, and ward did not finish the job.

Ward didn’t show for his initial appearance on Oct. 6th, and the judge issued a warrant for his arrest.

He's already lost a handful of civil cases, and has been ordered to pay homeowners around the state more than $30,000.

Ward was at the Sheboygan County courthouse Friday trying to re-open one of those civil cases he lost, and a judge quickly shut down that attempt.

CBS 58 offered Ward multiple opportunities to tell his side of the story, he turned down those offers. A lawyer, who is not being retained by Ward, asked CBS 58 to “cease and desist” all attempts to contact Ward for a comment.

Ward is scheduled back in Ozaukee County court on November 15th.

Barb Read says the deck at their house is still unusable. Beside the deck, David Ward did some other work at the house. The Reads tell CBS 58, even that work may not have been done right.

They say another contractor recently looked at it, and estimated it could cost almost $3,000 to fix Ward’s other mistakes.