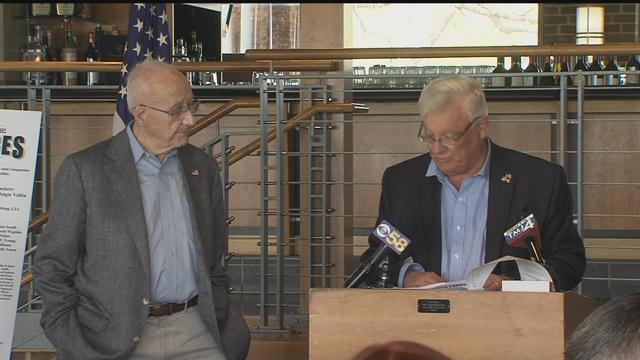 He's from our greatest generation. Yet he was humbled to receive an award Thursday named after fellow Airman and Milwaukeean who followed in his footsteps in the Vietnam Conflict.

Sijan and Wilson were both pilots who were shot down. Wilson in Africa. Sijan in Vietnam.

Wilson would survive. Sijan was beaten repeatedly and would not survive as a POW but never surrendered any information and would go on to receive the Medal of Valor.

Wilson was grateful for the honor but deflected praise.

"There's so many others who deserve it more than I do," the Army Captain told CBS 58. "Nothing spectacular happened to me. I was shot down. My injuries were very minor. not even enough to get the Purple Heart for."

Tech Sergeat Warren S. Musaus of the U.S. Army also honored for his service with the 101st Airborne division aboard a glider during the Normandy Invasion.

In addition to the Sijan Award, Muaus also received the French Legion of Honor.