Words like "Crazy," and "What are You?" are part of a UWM campaign 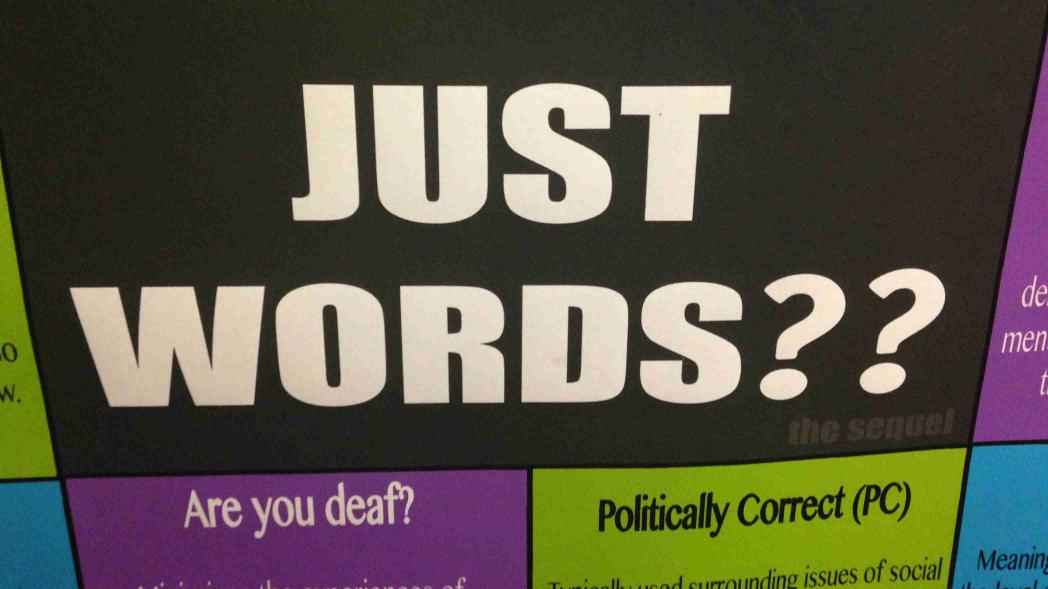 UW-Milwaukee launched the Just Words Campaign to try to eliminate hateful language on campus and spread a broader message of inclusion.

Phrases include “politically correct” and "illegal alien." It also includes “man up,” suggesting there’s only one way to be a man, and “lame,” offending people who have a disability.

"I don't know about a few of those words,” said Solar Vang, UWM sophomore.  “Lame I've used a few times, are you deaf? I've never used that one before."

"I know it's not nice, people shouldn't use it especially because I'm in psychology and I know that's a bad terminology," Morales said.

Morales is from Nicaragua and he said he doesn’t have a problem with the word “illegal” in “illegal alien.” However, he finds the second part of the phrase offensive.

“That one is horrible,” Morales said. “Because obviously we’re not aliens, we’re all the same, we’re humans.”

Vang said he has gotten asked, “What are you?”

“I hate that one so much,” Vang said. However, he said he tries to make light of the situation.

“I'm not saying they aren't intelligent,” but I like to joke around it maybe let them know what I really am, what country, a little bit of historical background and then we just move on from that uncomfortable spot in my head," Vang said.

The purpose of the campaign is to show you the impact these words can make and some insight into their meaning.

Michael R. Laliberte is the Vice Chancellor of Student Affairs.

"Our culture, historically has used these words and then they've taken on different meaning but the origin of those words are something that people don't realize that what they are saying is hurtful to people," Laliberte said.

Students like Vang and Morales said that altering people’s perspective on these words may be difficult.

"It's so hard to change a lot of people from saying stuff like this,” Vang said. “I guess you have to start now, I support it."