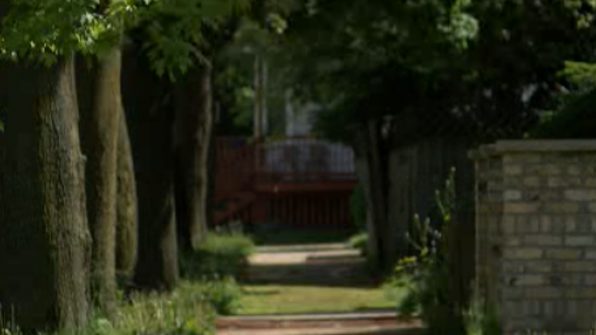 "My guard kind of went up because it was 9 at night," says the woman.
What the man standing at this woman's door did next made her feel unsafe. She tells us about it - in an exclusive interview.
The woman asked that we not reveal her identity. However, she was home alone and says she wasn't going to let a man claiming to be a salesman get the best of her.
She says he wanted to sell her a security system. But  she knew right away - something wasn't right.
"About 9 O'clock my doorbell rang. It was a person who flashed a badge and said he needed to talk to me, they were doing some work out front. I looked out front and didn't see any work being done." says the woman.
She says - then the man changed his story. He noticed her security system and told her she should switch to his company.
"My guard went up pretty quick. I was surprised that he wasn't detoured by the barking dogs," says the woman.
She says - he actually asked her to put them away so he could come inside and when she said no - she says he insisted.
"He said do you mind if i come in and look at it, and started walking towards the door like he was going to come into my house. That's when i slammed the door, told him he had to leave, get off my porch," says the woman.
She says - he ran away - and was thankful she acted quickly. Especially - after hearing from a few neighbors something similar has happened to them.
"I  think as a block we look out for each other. As a community we just need to be aware and make sure that we aren't going to let the bad guys take over" says the woman.
The woman says she didn't file a police report and doesn't remember the name of the company the man claimed to represent.
Milwaukee police say they hadn't heard of it but we did call Time Warner - to get some insight.
They say - their employees have logos on their clothes, have a visible identification. Also, if at anytime someone is suspicious - they advise people not to give personal information.