Woman says dogs are coming up missing in Milwaukee neighborhood 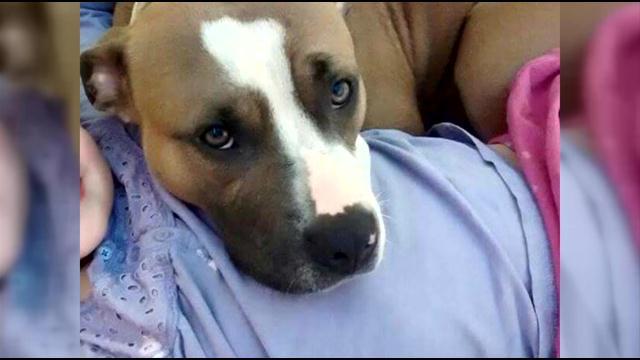 A dog taken from its own yard in broad daylight is every pet owners worst fear, and now one woman says that's exactly what's happening in her neighborhood, but everyone else is too afraid to speak out.

Every day since Tuesday, Aimee Schultz has been walking up and down the streets near 40th and Hampton handing out these flyers. That's the day the family's dog Furi was stolen from the yard as neighbors looked on and Aimee has found out it's not an isolated incident.

\"Furi is the sweetest dog. She's my granddaughters best friend and is a constant companion to all the kids,\" said Aimee.

After her daughter's dog Furi was stolen, apparently lifted over the fence by a group of teens, Aimee immediately took her search to the streets and found out dog theft is a growing trend in the neighborhood.

\"I've probably talked to 50-75 people and I would say 90 percent of those people I talked to said them, or their neighbor has had a dog stolen in the area,\" said Aimee.

It's especially bad for pit bull breeds, like Furi.

\"It's entirely possible she was stolen to be part of a fighting ring,\" said Cindy Steinle.

Cindy Steinle works with a pit bull rescue group. She says she isn't surprised, saying the area between Sherman Park to 27th and Hampton and Locust is a hot spot for dog fighting.

\"And that's very close to where Furi was taken, where she lives,\" said Steinle.

Cindy says all kinds of dogs are stolen for these rings.

It was this time last year state and federal authorities broke up a major dog fighting ring in Milwaukee. A dozen people were arrested and nearly two dozen dogs seized.

We called Milwaukee Area Domestic Animal Control and they say Furi is one of the only dogs reported stolen in that area.

\"Number one, people are afraid of police and the other fear is that they're afraid of repercussion from people who are stealing the dogs, coming back on their homes and families because this is where they have to live,\" said Steinle.

The family is offering a reward for Furi's safe return. They are pleading with whomever has her to drop Furi off at any local animal shelter. They say it can be done anonymously, and no questions will be asked. Meanwhile, Aimee says she won't stop looking, won't stop patrolling the neighborhood until Furi is found. If you see the dog, call animal control immediately and anonymously give your location. Otherwise you can call the family if you've seen her at 414-333-9369.