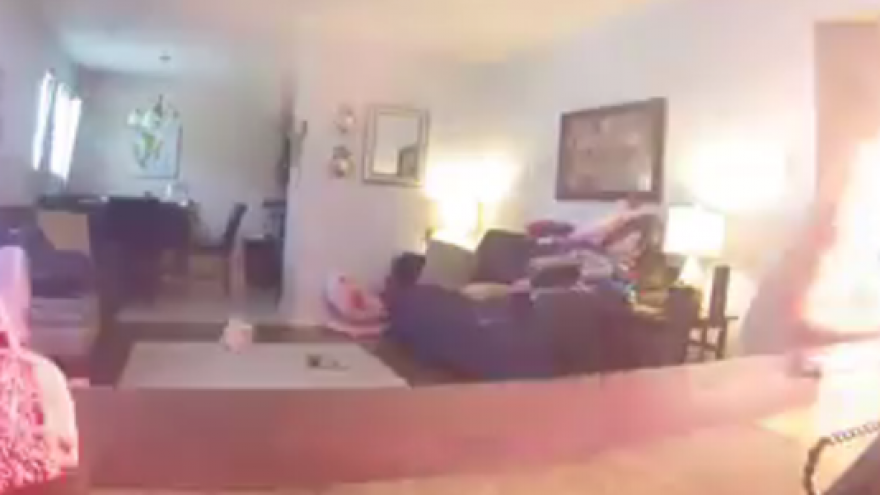 A Texas mom is warning others after she claims a Bath and Body Works candle gave her serious facial burns.

Ashley Brawley’s husband Cody said the 29-year-old had just stepped out of the shower when she smelled a burning smell in the family’s living room. Brawley claims to have lit a three-wick candle about three hours earlier.

When she got to the living room, Brawley saw an astonishing sight: the candle’s flames were burning well above the top of the glass. When she tried to blow it out, Brawley said, “a fire ball shot back in my face.”

The incident was captured on the couple's Nest security camera and has been viewed nearly two million times.

Brawley’s face reportedly turned a reddish purple color with an intense burning. Her lips turned white and the left side of her nose were both badly burned in the incident.

Cody Brawley was able to get the candle outside and extinguished the flames with a garden hose. Several hours later, Brawley went to the emergency room and was diagnosed with first-degree and second-degree burns on her face, which required morphine to numb the pain.

According to Cosmopolitan, Bath and Body Works offered to cover Brawley’s medical bills and provide a $25 gift card.

“Our offer of reimbursement for the cost of the product is in no way meant to be compensation for her experience,” Tammy Roberts Myer, vice president of communications at L Brands, said in a statement. “We are very sorry that this happened and are taking this situation extremely seriously. The safety of our customers is our number-one priority.”

Brawley said she kept the wicks trimmed on her candles and hadn’t left it burning for longer than the recommended three-to-four hours.

"It was kind of a freak thing," Brawley said. "But people just need to be aware."