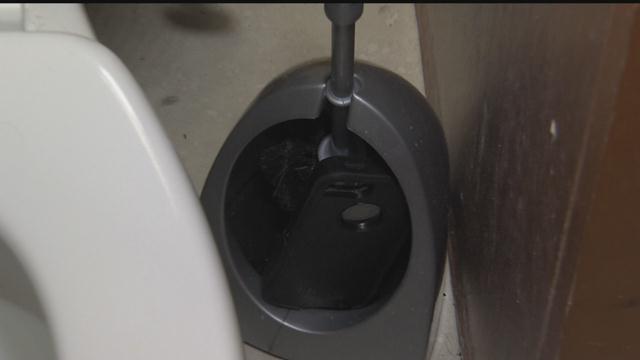 A woman who lives in Milwaukee’s south side discovered she had been recorded 13 times by her roommate while she was in the shower. She said she found his cell phone in the brush bowl holder next to the toilet recording. She looked through the cell phone and found his face in the first frames of each clip, according to the search warrant.

The woman, who will be called “Maria” to protect her identity, said she’s still traumatized by what happened.

"I cried, I was desperate, I didn't know what do or who to call," she said.

CBS58 has decided not to release the suspect’s name because charges are pending.

“Regardless if he didn't do anything physical to me, it's something that has left a permanent mark,” Maria said.

She had only been renting a room for about a year and said the man is related to the other two roommates in the house. Milwaukee police eventually arrested the man and confiscated the phone.

"My other two roommates have never been disrespectful,” Maria said. “They've always treated me well. I'm not sure why this man did this, maybe he was feeling lonely but that doesn't justify what he did to me.”

“It's something I'll never forget," she said.

She never imagined something like this would happen to her and doesn't want it to happen to anyone else.

"I wouldn't like him to be out of jail because just like he did it to me, he could do to someone else," she said.

At this time, the suspect is out of jail. The district attorney is reviewing the case to see if there's enough evidence to bring charges against the suspect.