Woman Injured after Catfish Falls from the Sky 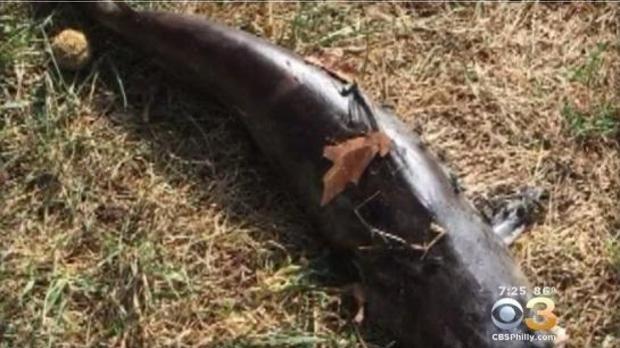 (CBSNews) PHILADELPHIA --  A woman walking in Fairmount Park in Philadelphia last week was hit by a fish that fell from the sky above, CBS Philadelphia reported.

Lisa Lobree said she was walking a path in the park on Labor Day morning, when she heard a rustling in the trees above. Then something came crashing down and hit her in the head.

“I think it might have been head, face, and neck because I smelled so bad afterwards. I smelled disgusting,” she said.

As she regained her composure, a friend she was walking with found the culprit.

“It bounced off Annie. Annie sees me go down, turns around, looks and goes ‘oh my God! It was a fish,’” Lobree recalled.

Lobree suffered a small cut to her face and some swelling from the catfish, which was over a foot long. She admits to being a bit hysterical at first, but now she can see the humor in the bizarre story.

As for where the fish came from, a few friends spotted a bird flying away right after the fish fell, probably a little upset that it just lost his lunch.